Jeep Driver Tried Passing Traffic on the Shoulder, But This Subaru Driver Had Other Plans 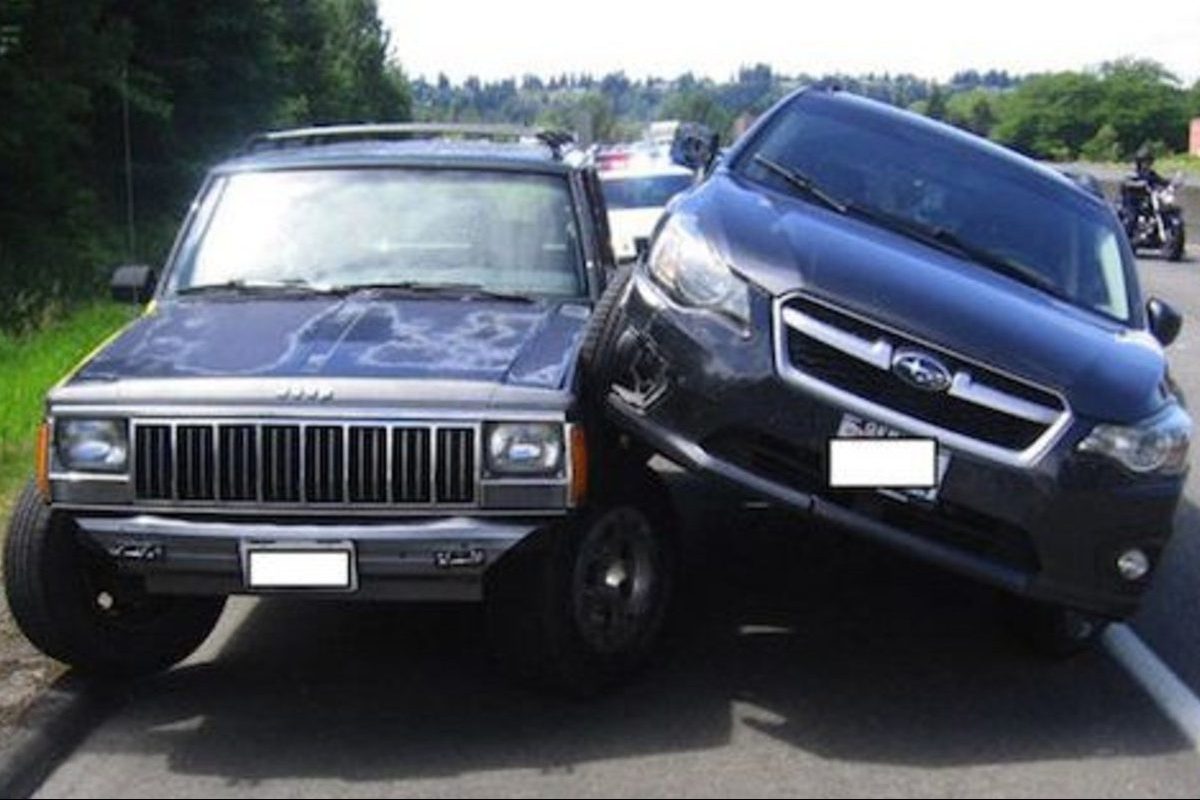 She’s not the hero we deserve, but she’s the one we all need.

A couple years back, the driver of a Subaru Impreza was stuck in traffic on Highway 516 in Kent, Washington, slowly seething as the cars around her continued to stagnate.

Soon, an immeasurable injustice occurred. The Impreza driver was passed by another car, then another, and then it became obvious: Cars were passing the traffic jam on the shoulder.

Now, it’s common knowledge that people who pass traffic on the shoulder are the absolute worst, so the Impreza driver did what we’ve always wished we could do when trapped in a similar situation: She took her relatively new Subaru and rammed a crappy Jeep Cherokee three times to push it off the shoulder. Yeah, take that, forces of darkness!

The driver of a Subaru tried to stop a Jeep from passing on the shoulder of Highway 516 in Kent: https://t.co/ixyD5D4guh pic.twitter.com/AMA3RMGlSp

According to the Seattle Times, however, the authorities don’t exactly appreciate the act of vigilante justice, so they ticked both drivers. The Jeep and Subaru owners received $500 tickets for noncriminal negligent driving in the second degree.

But, at least local law enforcement got a little bit of a kick out of it. According to Trooper Rick Johnson, the officer who sent him the photos of the incident wrote in an email, ?You?re not going to believe this.?

?I understand having someone pass you illegally is frustrating, but don?t take it into your own hands,? Johnson said.

Of course, Johnson’s definitely not wrong there, and while we’d never encourage anyone to actually do this in real life, we have to admit, it is pretty damn satisfying to see that it happened. A video would’ve really taken it over the top, but we’ll just settle for the photo.