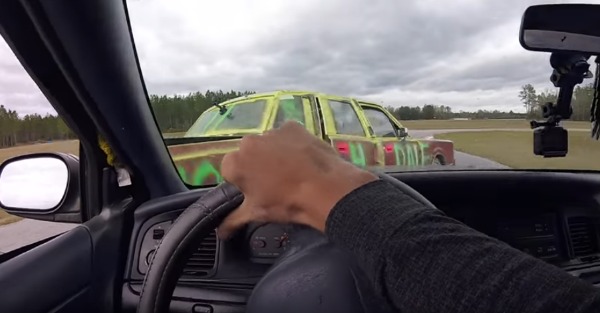 Two $500 cars, a track and bad communication combine for a sketchy maneuver that could have ended badly. The guys playing the cops didn’t know that their friends playing the robbers were out for a timed lap to see what their budget junker could do. The surprise in the faces of the robbers during the first high speed pit maneuver conveys just how close they were to rolling. With everyone now accustomed to the contact, it was no holds barred grudge match until the Crown Vic tapped out due to a flat.

Related: [VIDEO] When You Have A Junk Car And A Full Pool You Can Have A Ton of Fun