20 Must-See Route 66 Attractions for That Next Road Trip 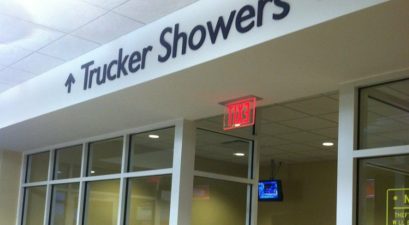 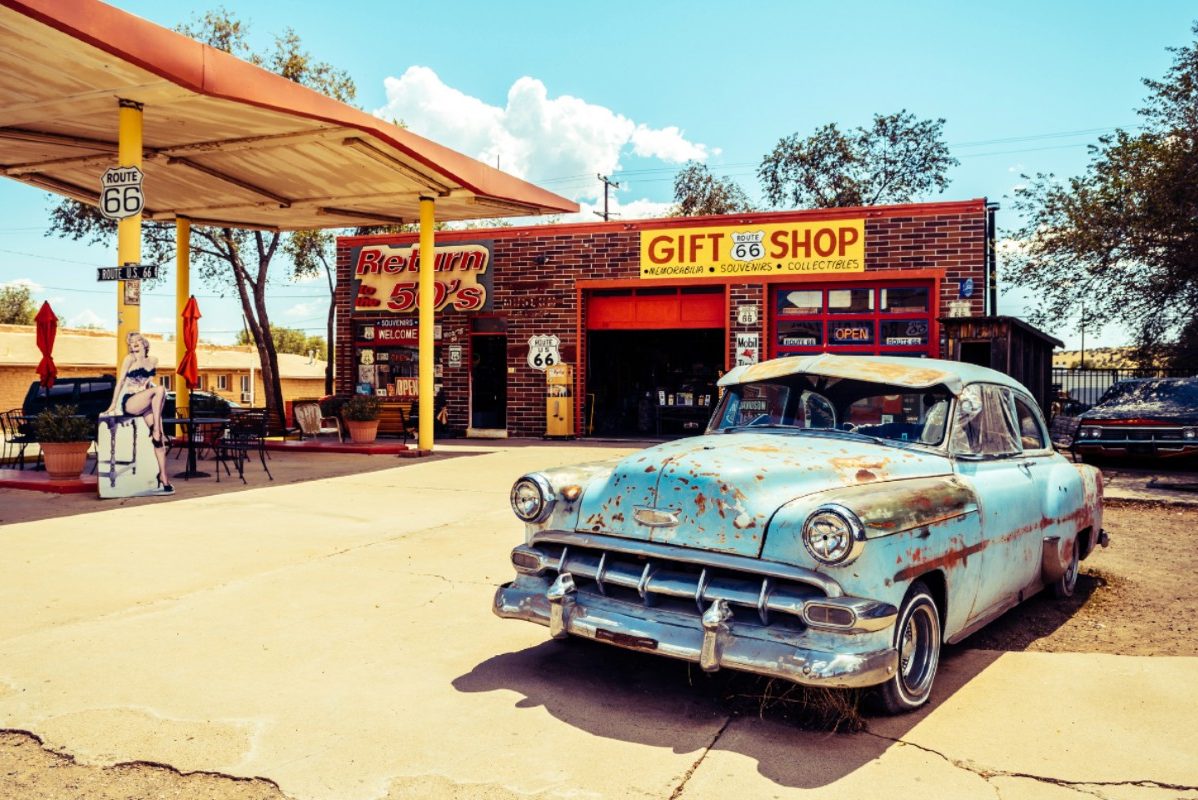 Dating back to 1926, the historic Route 66 led travelers across America from one exciting destination to the next. While the actual highway no longer exists, various roadside attractions with remnants of the Mother Road have withstood the test of time to create a fun and exciting road trip experience.

This American highway — once advertised as “The Main Street of America” — takes you through some of the biggest cities from the midwest like Chicago, Illinois and St. Louis, Missouri, then into the Southwest’s beautiful scenery like Grand Canyon National Park. (There are a few ghost towns, too.) It’s an incredible journey to make, so add some of these unique pit stops to a once-in-a-lifetime adventure. Here are 20 must-see Route 66 attractions to get you started.

Driving through West Texas, Cadillac Ranch is one of those “can’t miss” experiences. The genuinely unique art exhibit has various old cars nose deep in the dirt covered in graffiti art. First created as an art installation by a group of hippies in 1974, it has remained a constant tourist attraction in Amarillo.

The famous Santa Monica pier partnered with the Route 66 Alliance in 2009 to make an unofficial end to the famous highway with this sign. The pier is full of fun activities from restaurants, including Bubba Gump. Don’t forget all of the games included in the arcade as well as the ferris wheel. You also can’t beat the view since you’re right on the ocean.

First built in the 1930s, the Wigwam Motel, also known as Wigwam Village, is comprised of concrete replicas of Indian Teepees. These unique structures will give you a fun experience when looking for somewhere to stay the night on the historic highway. It’s one of the few remaining Wigwam Villages in the country and would give you a chance for some really cool photos of your stay.

4. The Blue Whale of Catoosa, Oklahoma

First built in the 1970s by Hugh Davis, whose wife collected whale figurines, this waterfront whale is now one of the most recognizable roadside attractions on Route 66. Back in its heyday, the pond surrounding the whale was open to the public, so Davis added sand and picnic tables to create a whole experience. Following his death, the neighborhood rejuvenated the area as a historic landmark along the highway.

After checking out the landmark neon sign in Albuquerque, stop in this tiny town just under three hours away. Try staying the night in the Blue Swallow Motel and stop by the New Mexico Historic Route 66 Museum. This iconic town in Eastern New Mexico is home to remnants of the past and cute gift shops full of souvenirs and lots of photo ops.

Take a tour of the Meramec Caverns in the Ozarks of Missouri, which has been a tourist attraction since 1933. Legends have said that the caves at one point were a hideout of outlaw Jesse James and his gang. One of the oldest stops on Route 66, these caverns are genuinely stunning.

Did you know that in this tiny Kansas town, an old rehabilitated Kan-O-Tex service station has lifesize replicas of the cars from the popular Pixar movie Cars? Grab a sandwich from the snack bar, and learn a little more about the town’s history as well as cool info on the fictional Radiator Springs from the movie.

This historic town is just over 6 square miles and was founded all the way back in 1895. Over the years, the town has retained its historic buildings and charm giving visitors multiple photo opportunities during their stop. Make sure to stop at the Delgadillos Snow Cap Drive-in for a bite to eat and visit The Rusty Bolt, a gift store full of Americana charm.

After the Eagles sang “standing on a corner in Winslow, Arizona” in their 1977 song “Take it Easy,” this little town in Arizona became a destination on Route 66 over the years. In 1988 the town put together this little corner for photo ops, complete with a Route 66 marker and a statue of a guy with a guitar. Thousands of people travel each year to get a picture on the corner, so why not stop on your own road trip?

This gas station is the original structure, built all the way back in 1927 and operated by Lucille Hamons until her death in 2000. After being restored by a Route 66 fan, Lucille’s Roadhouse was opened down the road so you can grab a bite to eat after refilling on gas. The station now gives you a bit of history on traveling the highway years ago as well as the Hamons family who ran the station for years and how Lucille became well known over the years for her hospitality to travelers.

RELATED: The 3 Farthest Road Trips in Texas That Are Still Totally Worth It

It won’t be hard to miss this 30-foot statue wearing an astronaut helmet and holding a silver spaceship. Named for the Gemini space program of the 1960s, this fiberglass wonder is one of several “Muffler Men” you can still find across America — These mammoths were constructed to advertise roadside attractions across the U.S., yet only a few along Route 66 still remain, including “Chicken Boy” near Highland Park, California.

Known for its iconic art deco design, this pillar of North Texas travel was listed on the National Register of Historic Places in 1997 and holds more memories than you can count. Various owners have given the half-gas station, half-restaurant new life, and the historic site can even be found in the 2006 Pixar film Cars.

You won’t find much in the small town of Adrian, but what you will stumble upon is a retro 1950’s-style diner complete with memorabilia to commemorate your stop here. Posing in front of the iconic ‘Welcome’ sign is every Instagram user’s dream, but with 1,139 miles to either end, your search for Route 66 attractions is only just beginning.

Spanning the Mississippi River and connecting motorists from Madison, Illinois, the “old” Chain of Rocks Bridge now is reserved for walkers and bikers wanting to explore the famous 22-degree bend in the bridge. The New Chain of Rocks Bridge is just upriver and allows cars and trucks to cross.

​It’s iconic. It’s photogenic. It’s “The Gateway To The West.” The tallest man-made monument in the Western Hemisphere should be on every traveler’s bucket list.

Cars and Route 66 are synonymous. Every automotive whiz should spend a few hours checking out Guy Mace’s private collection, featuring everything from a 1908 Maxwell Q Standard Sedan to a 1979 Gotham Cruiser and even a 2007 “Resident Evil” Zombie Protection Truck. It’s truly a one-of-a-kind collection.

17. The Round Barn: Arcadia, Oklahoma

The only round barn on Route 66, this architectural wonder was built in 1898 and rebuilt following a roof collapse in 1992. The incredible upstairs loft can be reserved for special events, with live music and events adorning the Arcadia Round Barn year-round.

Northeastern Arizona’s beauty was deemed a national park in 1962. Bordering the Painted Desert to its north, this protected land covers about 346 square miles and spans Navajo and Apache counties. It’s one of the Route 66 attractions you might never want to leave.

About half an hour east of Flagstaff, you’ll find this enormous crater. Covering 2.4 miles in circumference and measuring more than 550 feet deep, the Barringer Crater, as its referred to by scientists to honor Daniel Barringer’s work at the site, now offers tours, observations trails, and an interactive center for travelers interested in what comes from above.

A post shared by Christina: Travel in Focus 📸 (@travelgramusa)

Elmer Long set up the first bottle tree in his front yard in 2000. As Route 66 travelers began stopping and taking photos, Long began his mission to build an entire forest of bottle trees that vary in height, scale, color, and density — It’s an incredible site that he added to until his death in June 2019.