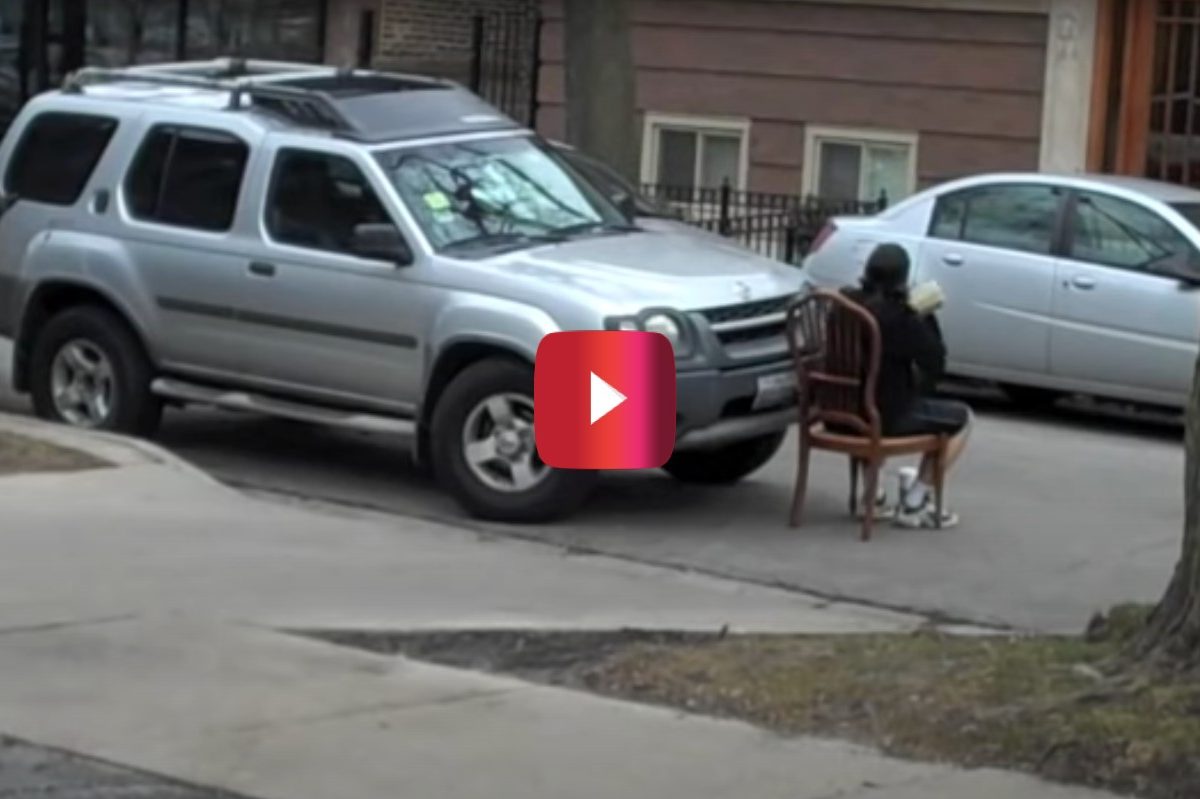 One man apparently had enough of people constantly double parking in his street to run into a coffee shop around the corner. If that wasn’t bad enough, his driveway is unfortunately placed in a way that makes it very susceptible to being blocked from said cars constantly parking in the street for their coffee. Well, as you can see in the above video, he finally got his revenge.

Check out the all-too-easy way he makes one Xterra driver realize what “I”ll just be a minute” really means.

As it turns out, our friend’s video inspired plenty of commenters to share their own stories of parking incidents they were either involved in or witnessed. Here’s one of the more frustrating examples:

I went to get groceries a few weeks ago, and as I was walking towards the store, I saw a man in a car with an accessible parking plate stopped behind the car of a woman who was parked in the accessible parking and waiting for someone. He asked the woman to move her car, and she told him she was waiting for someone and the person inside would only be a few minutes. So he parked his car behind her, got out of his car and into his wheelchair, and started to go inside the store. She said, “Wait, you’re blocking me in!” To which he replied, “Oh, it’s okay, I’ll only be a few minutes.”

I was in the store for about 30 minutes, and when I came out, she and her boyfriend were still waiting in the spot for the guy in the wheelchair. A crowd had gathered, too, because the boyfriend was making a lot of fuss. The boyfriend wanted to call the cops, but the girl kept saying that if the cops were called, they would receive a minimum $500 fine, as well. He also threatened to harm the man and his car, but the crowd made sure he couldn’t. So they sat there. When the man finally came out, he calmly put his groceries away, got in his car, and left. The crowd cheered for him, and then they laughed and shamed the girl and her boyfriend for parking in that spot in the first place.

Can you believe that?! Some people really are just the worst.