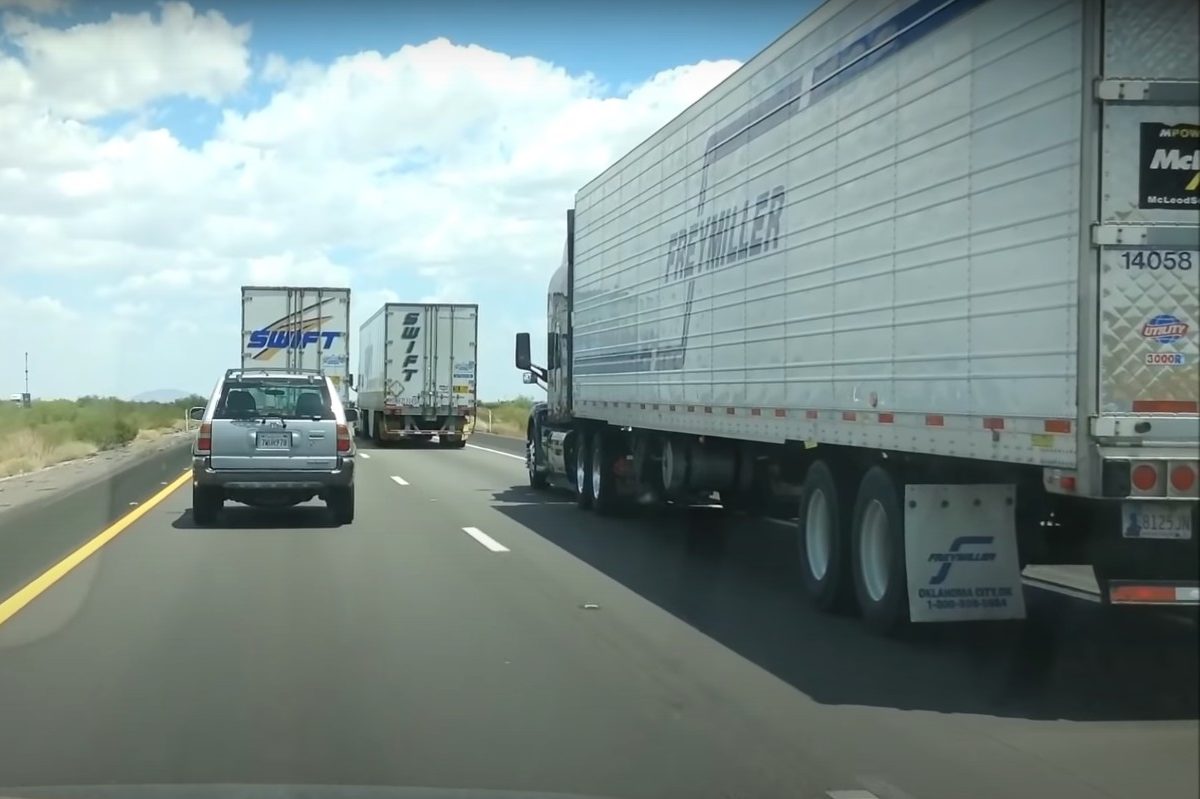 Here’s a little question for all you drivers out there: After watching the below video of a trucker using the shoulder to pass two trucks blocking the way, would you have done the exact same thing if you were in his shoes?

Barring any special state laws or circumstances (i.e. being in the close proximity of an exit), using the shoulder as a passing lane is typically forbidden. Even in instances when it’s allowed, it’s usually regarded as a pretty dangerous maneuver. But, in the below case, it’s hard to not side with the impatient trucker.

As the video description says, the guy honked his horn and flashed his lights for several minutes to get the slower truckers’ attention. Finally, after making no headway with that approach, he used the shoulder to get around the temporary roadblock of sorts. I mean, he really didn’t have any other choices at that point. The man had places to be, and people to see.

It’s pretty ironic that the slow-moving truckers were driving Swift trucks, because as several YouTube commenters pointed out, those particular trucks are governed to a speed of 60 MPH. Now, the courteous thing to do would have been for the Swift trucker on the right to slow down, allow his fellow Swift comrade to pass him, and avoid the ridiculous highway congestion. Of course, that didn’t happen, so the trucker in the rear had to go all vigilante mode.

Not only did the offending Swift trucker get pretty much put in his place from a driving standpoint, but he also got the dreaded “thumbs down” from just about the nicest couple in the world. Talk about a double whammy!