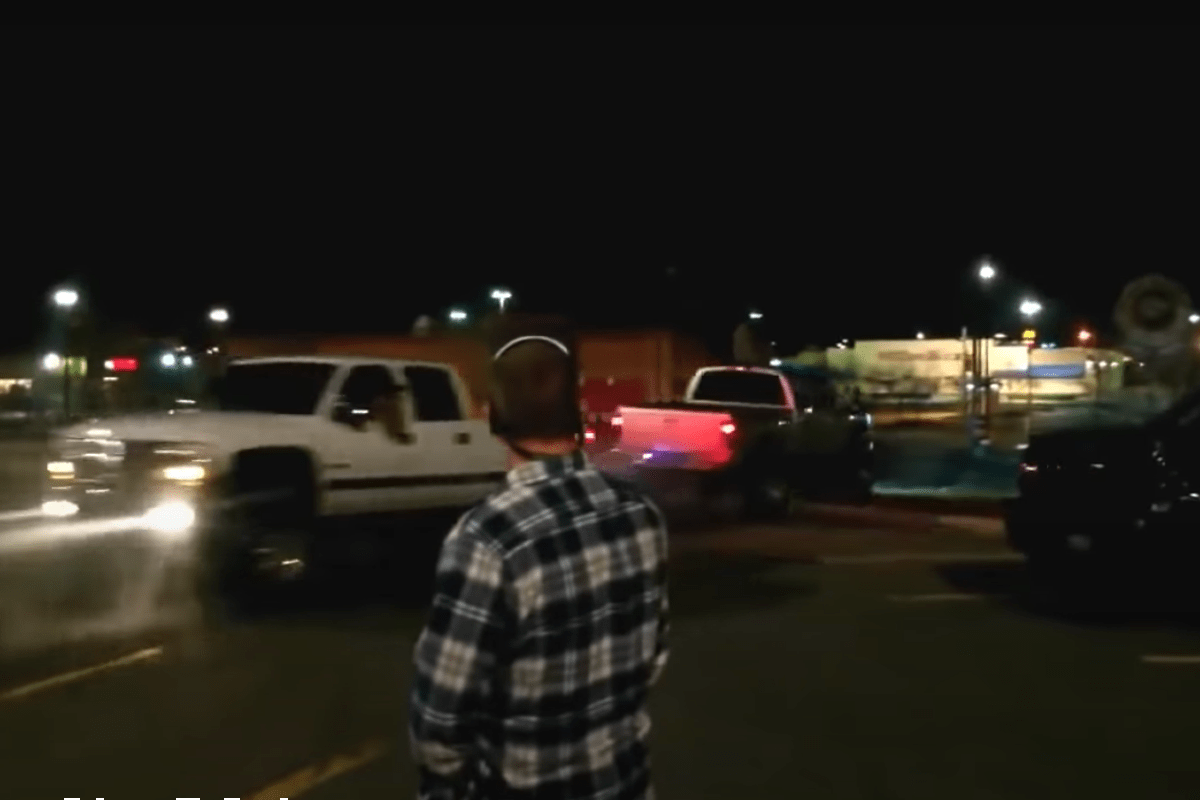 Thanks to the treasure trove of videos on YouTube, we’ve seen plenty of truck pull competitions and tugs of war over the years. That said, this video may take the cake as the funniest truck pull we’ve ever seen.

When you live in the backwoods of Podunk County, Redneckville, USA, there’s not a lot to do on a Saturday night other than hang out in the Walmart parking lot. Which is what brings us this doozy of a contest.

Looking to settle the score over whose truck is the best, a pair of good ol’ boys hitch their rides bumper-to-bumper and hit the gas. One wins, in a big way, and Jeremy definitely isn’t going to live it down. Watch disaster unfold when this tug of war goes so very wrong.

Read More: The Legend of Bigfoot: How a Custom-Built Ford Pickup Became the First Monster Truck

Now, the Chevy driver was destined to lose that battle right from the jump. He should’ve never even agreed to the match-up to begin with. When you’re facing off against a Dodge packing a diesel and you’re still cooking with gas (and not in the good way), there’s no way you stand a chance of coming away with the W. Absolutely no way.

That said, there’s no question that Jeremy went too far here. There’s injury, there’s adding insult to injury, and then there’s what Jeremy did. Pure humiliation. Ultimate emasculation. It’s really not all that surprising that the whole thing almost ended in blows. It probably would’ve turned violent, too, if the cops hadn’t shown up.

Hopefully, both sides learned a lesson here. The Chevy driver learned that his next ride should probably be a diesel, and Jeremy learned that there is such a thing as going too far. Even when it comes to a truck pull.