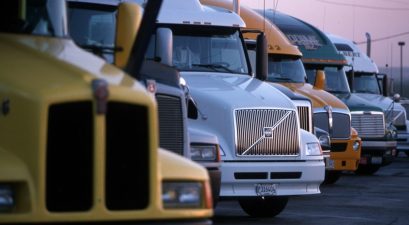 We Spoke With the CEO of Sisu Energy. Here’s How the Texas-Based Company Is Helping Truckers During Tough Times

Have you ever thought to yourself, “Hey, I wonder what too many ducks looks like?” If so, then I have the perfect video for you.

This ridiculous crosswalk phenomenon went down in Sirajganj, Bangladesh, and, as you can see, it caused quite the little traffic jam. A local motorcyclist got an up-close look at the duck crossing, and by the time he started filming, a decent amount of ducks had already made it across the street. Who knows how many birds had already crossed over before the guy pressed play? What we’ve got here isn’t just a flock of ducks. It’s a straight-up armada.

This sort of thing must happen a decent amount in Bangladesh, considering those guys had the plastic barriers ready to go like they were giving the fast-moving flock the red carpet treatment. Make way! Make way!

Now, we’ve all heard of horsepower. But, these little guys and gals, moving at quite the clip, are working with some serious duckpower. Just chugging along like they’re working with V8 engines or something. Speed demons through and through.

Sure, the folks on the road exuded some fantastic patience, but you’ve got to give some credit to the ducks here. Moving so fast and so close together and not ONE of them had a road rage moment. Not even an angry quack. Pretty impressive, considering that this sort of thing would never work on an actual highway with moving cars. It’d be madness. Horns honking, drivers shouting out their windows, maybe even a few fights. Not so in the duck world. Maybe we could learn a thing or two from these things.

This article was originally published May 23, 2019.

READ MORE: This Goat Is the Greatest of all Time When It Comes to Causing Traffic Jams