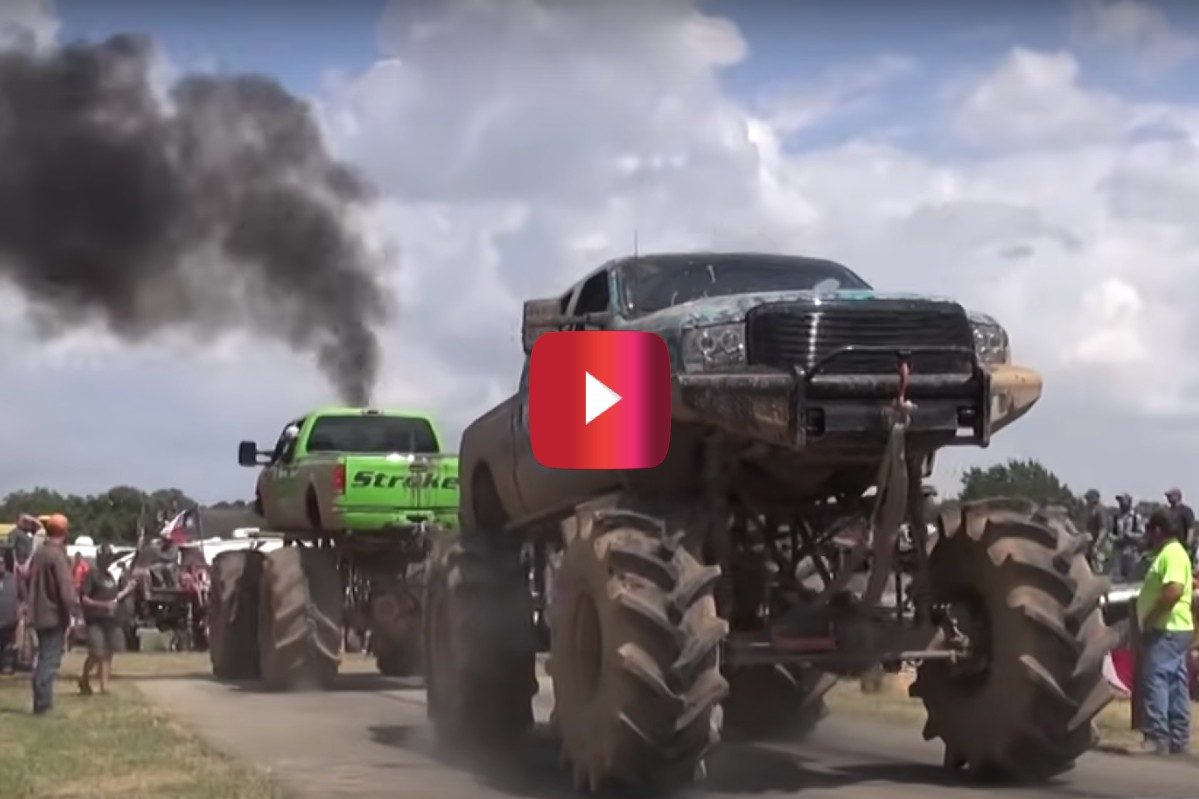 America has dealt with many polarizing issues lately. We can’t seem to agree on anything. Whether it’s laws, taxation, student loan debt, or vaccines, getting folks to see eye to eye is tough. There is one thing we can all agree on despite our differences: Trucks are awesome. The bigger they are, the more powerful they are, and the bigger and more powerful, the better.

We love seeing trucks do what they do best. They are workhorses built for hauling and can be just as comfortable as any sedan. Some trucks, however, have one job and one job only. Some trucks are built to be the strongest. The folks down at TripleX Motorsports decided to test the might of some monster trucks in a game of tug of war. The winner gets the glory and bragging rights of owning the meanest machine.

The Rednecks With Paychecks Tug of War event is the best Super Bowl of Tug competition around. This collection of showdowns in the 5 Ton weight class is like nothing you’ve ever seen. The heavyweights battled it out, and some of the trucks got straight dragged like they were weightless. This was truly a spectacle. Can you imagine how powerful these trucks have to be to pull this much weight?

The monster trucks are different kinds of monsters completely. People have been prepping for this event for a long time, and it definitely shows. Watching the wheels on some trucks spin frantically as they were powerless to move any further is surreal. Some trucks dug their tires into the dirt and bounced up and down because of the tension between the two trucks.

This was definitely the clash of the titans. The meanest of the mean gathered to throw their weight around sumo-wrestler style. Some folks received praise, while others got embarrassed. All in all, it was a great win for everyone at the event. Some attendees even hopped onto a truck bed during one of the tug of war rounds. When it comes to the world of trucks and monster trucks, only the strong survive.