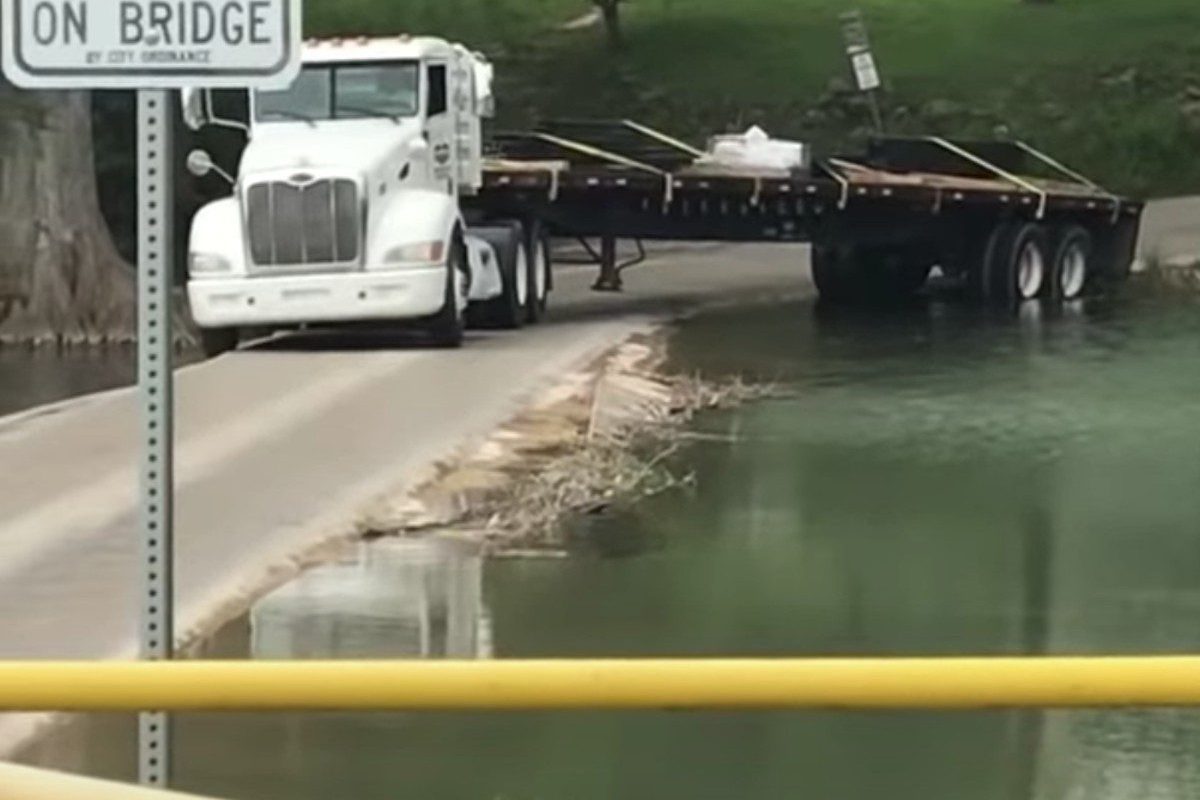 Here’s a Texas trucker who showed that patience and a little bit of skill behind the wheel can get you out of some pretty daunting situations on the road.

According to the video description, this sort of predicament happens for truckers all the time on this strip of road in Wimberley, Texas.

But, as you can see from the footage, one trucker kept on chugging along, despite the odds being stacked against him, and ended up proving one woman, who thought this guy’s fate was basically sealed from the jump, very much wrong.

“I was visiting my sister-in-law in Wimberley, Texas when we went to cross over this little bridge and over to the neighborhood across the way,” writes the video’s uploader.

“She had just started to tell us the history of truckers being poorly directed by GPS, and getting stuck in the river, when we ran into this guy. We had to back up from making our own crossing, and got to witness firsthand exactly the scenario she had just moments ago been describing. Somehow this particular trucker made it!”

We all know the term “slow and steady,” but this truck driver proved that it’s more than just a throwaway moral from a children’s story. Now, clearly, this guy has been in a decent amount of sticky situations before, some of them probably a lot worse than that one. Maybe he hasn’t even been able to get out of all of them on his own. But, on that day, he came out a winner. Considering the whole thing was caught on video, this should probably count as a double win.

READ MORE: Your Ford F-150 Could Be A Convertible Truck