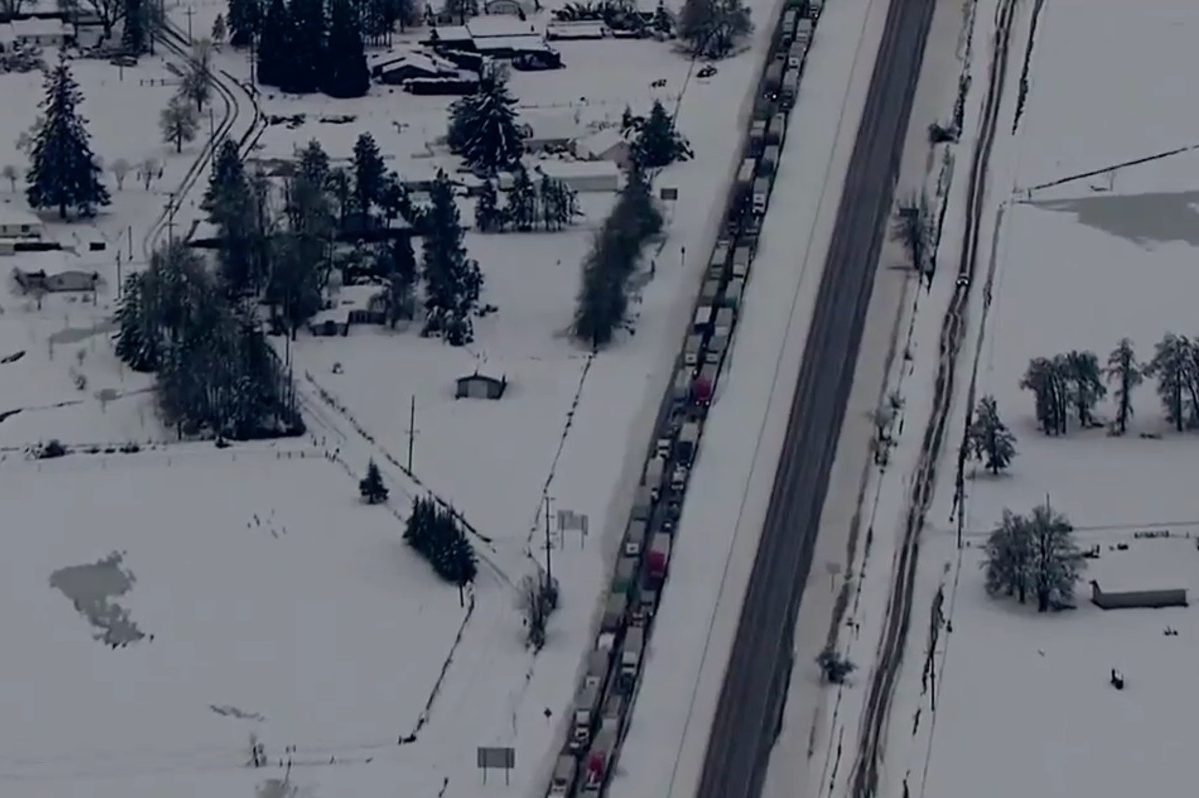 All of us have probably been in some serious traffic jams in our day. But, unless you happened to be driving through Interstate 5 in Eugene, Oregon back in February 2019, you ain’t seen nothing like this.

Trees were knocked over and power lines were toppled, thanks to a winter storm that dumped more than a foot of snow in Eugene and areas of the Willamette Valley. As a result of the dangerous road conditions, the Oregon Department of Transportation closed off a 94-mile stretch of I-5 so that utility crews could clear the roads. Cue a 115-mile traffic gridlock of epic proportions.

“It was snowing heavy. It was a mess,” said Victor Purpuree — according to KATU — who was stuck in the heavy traffic for nearly four hours on his way up to the Portland area.

“It was really a flash blizzard as far as I’m concerned, but there is an awful lot of trucks off the side of the road that ran off the road, a lot of cars.”

On top of the massive amounts of snow in the area, driving conditions were made worse by thick ice that coated the roadways, creating slick roads and causing many drivers to lose control of their vehicles.

“It wasn’t just normal ice,” driver Tim Dalessandro said. “You had a layer of it. Then you had up buildings of it. With rocks almost.”

While the Oregon Department of Transportation reopened I-5 the following morning, after more than 10 hours of clean-up work, some lane closures still remained well into the day. Of course, this all goes to show that winter weather driving is absolutely no joke.