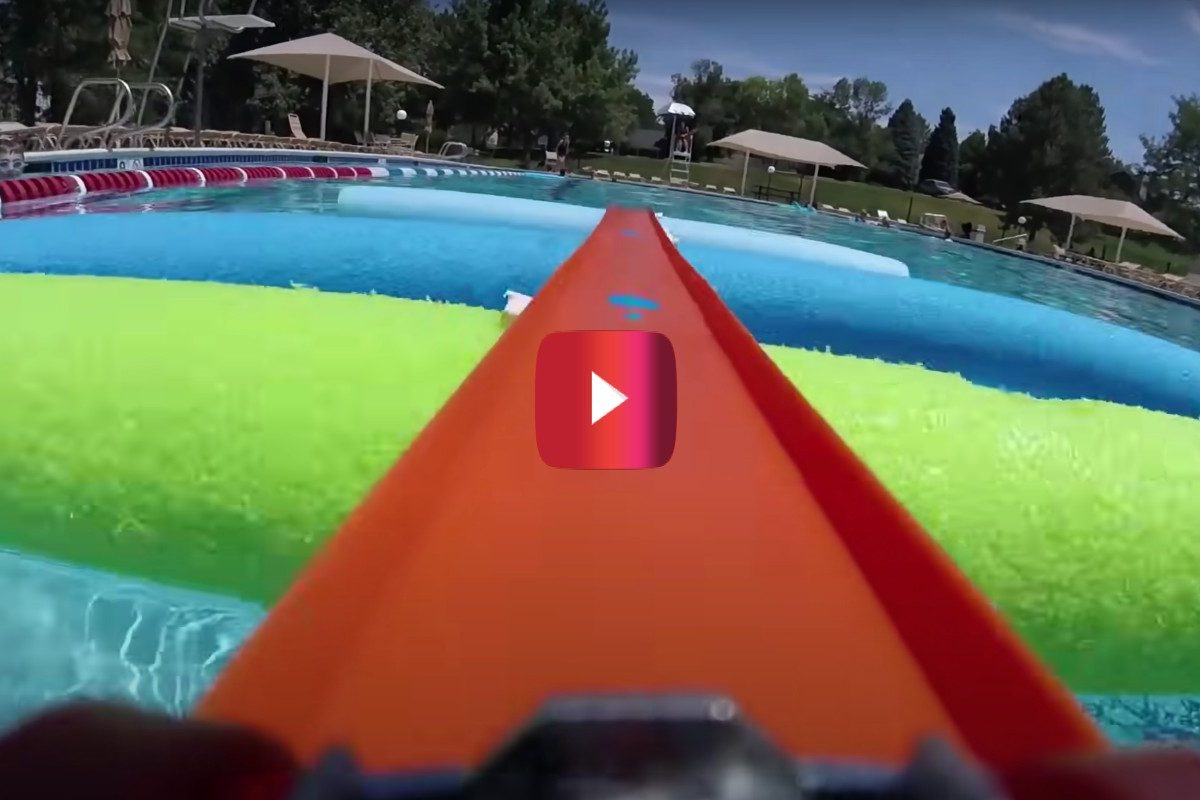 You loved your Hot Wheels cars and tracks as a kid, and you probably wondered what it would be like to climb inside one and go on the crazy loop-dee-loops you built. Well, with this amazingly choreographed run, you can see one man’s mad interpretation of the classic toy going for a wild ride on the longest weirdest track you’ve ever seen.

Put together by a YouTube team known as 5MadMovieMakers, the project consisted of nearly 200 feet of track, which was separated by eight different track sections that were all connected by tunnels. Who said only kids were allowed to geek out about Hot Wheels?

What a ride! Here’s a little more background on the extensive Hot Wheels project, according to the video’s description.

“In total there are 11 cuts in the video, 7 between locations and 4 for slow motion footage,” reads the description of the video. “The jump section and the loop section were filmed twice, once in 30 fps and again in 120 fps, and the final video cuts from the normal speed footage to the slow motion footage for the duration of both the jump and the loop.”

“The cart worked reasonably well underwater and only fell off the pool track a few times. The main problem with the pool track was keeping the track connected and in place. A rock was attached to the end of the track in order to weigh it down.”

Wow. They may be using toys, but what the folks over at 5MadMovieMakers are doing is far from child’s play. They definitely put a ridiculous amount of work into their projects, and if you liked the above video, you can check out some of their more recent stuff here. We promise you won’t be disappointed.