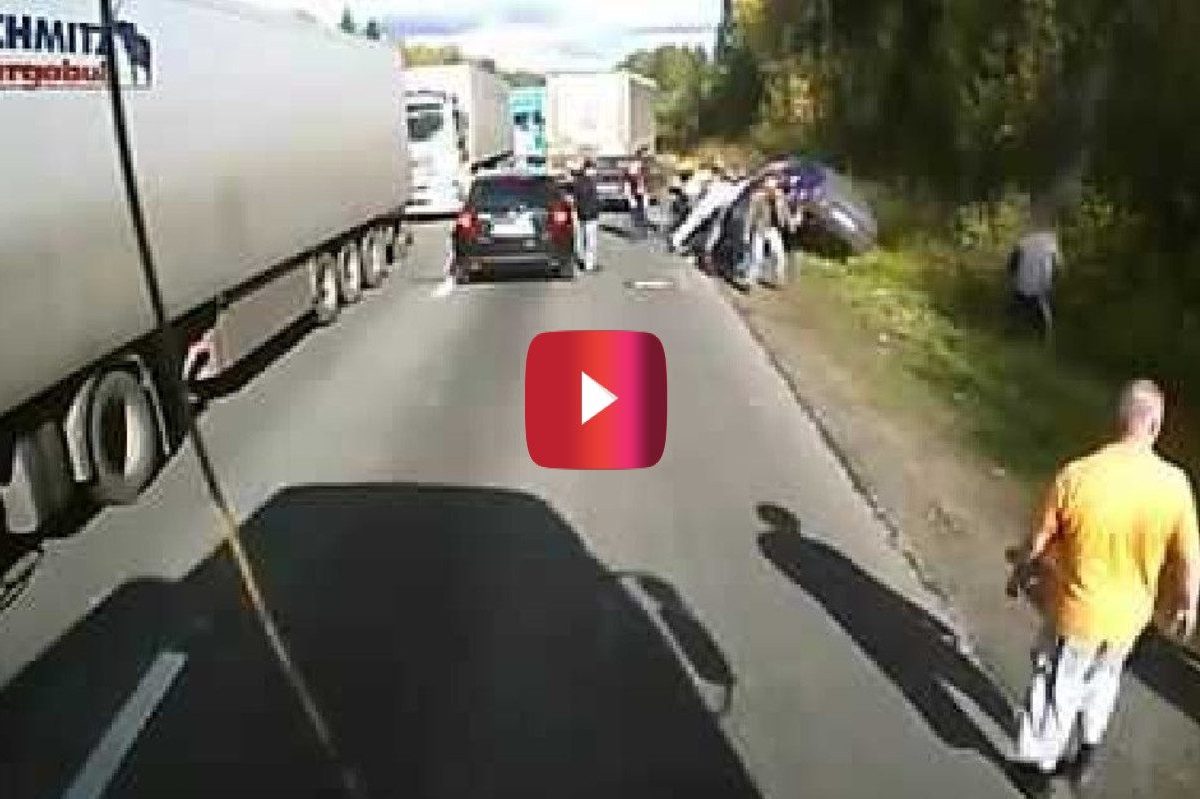 We all know that Russian roads can be scary places where drivers try to take advantage of each other. Hence, the fact that pretty much everyone in the country has their car equipped with a dashcam. You need all the evidence you can get, after all.

Now, we may not be used to that sort of widespread dashcam usage here in the United States, but one common ground that does exist in both American and Russian driving culture is strong trucker communities. Both here and in Russia, truckers will team up to protect each other. Even if that means resorting to physical violence.

Case and point, this incident from back in 2012. One trucker stopped to change a wheel, when some bandits started strong-arming him for money to pass through their territory. Instead of giving in to their demands, the guy gets on his CB radio and rounds up a number of other truckers who come to his aid. Together, they fight off the bandits and roll their car, a blue Lada, off the road! Well fought, truckers!

As it turns out, the bandits in the video were well-known local criminals. However, when police eventually arrived on the scene, the bandits got off scot-free, because the truck drivers had taken off and there was no one to give another side to the story.

However, about a year later, the leader of the bandit gang — 24-year-old Alexey Voronov (you can see him clearly around the 0:50 mark) — was sentenced to five years in a standard regime penal colony for four criminal charges. None of the fighting truckers ended up getting charged. Talk about some good, old-fashioned street justice!