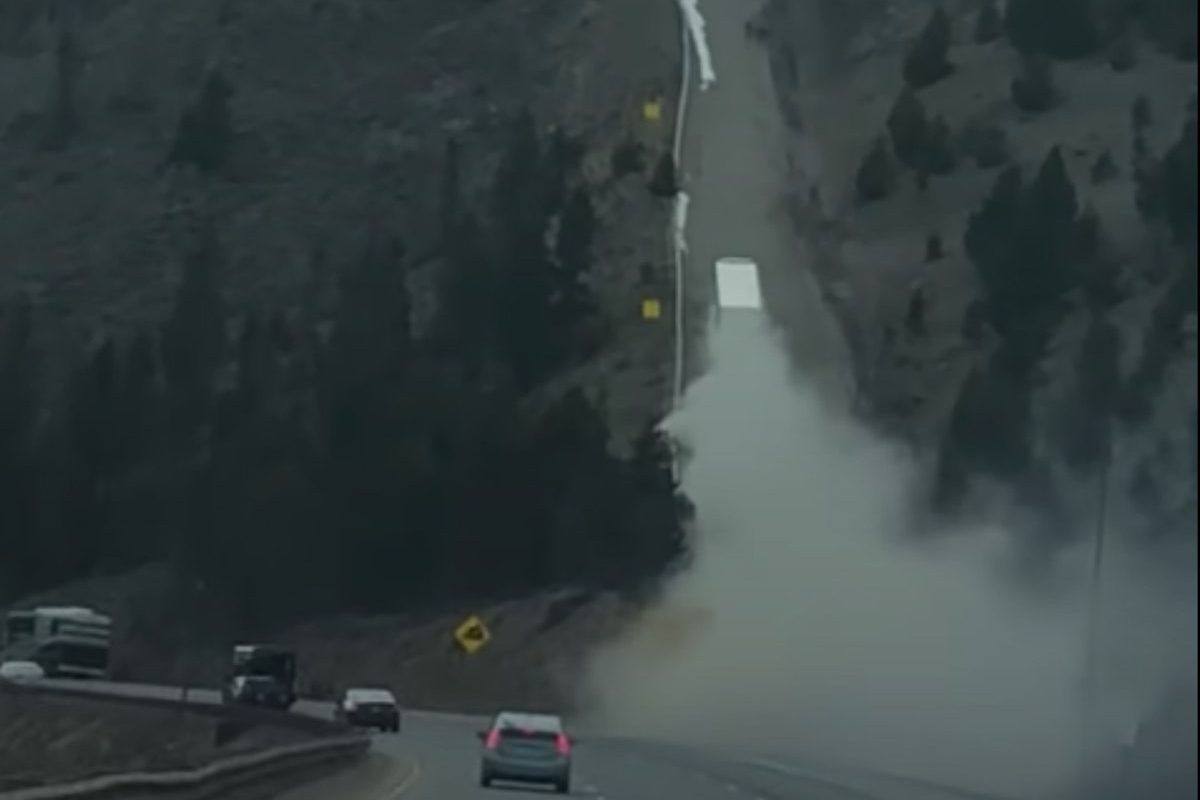 If you’ve never driven through mountain country, you’ve probably never seen or even heard of a runaway truck ramp before. Designed to accommodate large vehicles, runaway ramps are steep traffic devices that allow a truck or bus to come to a safe stop after experiencing serious braking problems. Simply put, these things are literal life savers.

In late April 2019, Jesse Terrell was driving through I-70 around Silverthorne, Colorado when he saw smoke billowing from a semi truck. He knew that the truck’s brakes had been seriously damaged. That’s when he started filming.

Read More: This Is How Runaway Truck Ramps Save Truckers and Others from Certain Death

“I could see clearly that his right signal was on and the second of two runaway truck ramps was just ahead,” Terrell said. “I muttered to myself, ‘I really hope the driver takes this ramp.'”

“I noticed as well that once the brakes had given out, the speed of the semi increased significantly. I am incredibly thankful that this trucker had the wherewithal to utilize a runaway ramp for its intended purpose as this definitely saved lives unlike the tragic events from the day before where lives were lost. I hope this video can be utilized by trucking companies everywhere to show the value of keeping a cool head and utilizing the tools given for everyone?s safety.”

Thankfully, the semi truck driver was able to expertly navigate himself out of harm’s way, because not all stories involving truck brake failure have happy endings.

Around the same time as the above incident, there was another instance where an out-of-control truck driver was driving through Colorado. Only this time, the driver blew past a runaway truck ramp and slammed into a traffic jam. In the end, 28 vehicles were damaged and four people were dead. It doesn’t get much more tragic than that.