Florida Man Stands Through Sunroof at 100 MPH, Says “I’d Rather Go to Jail Than Back Home” 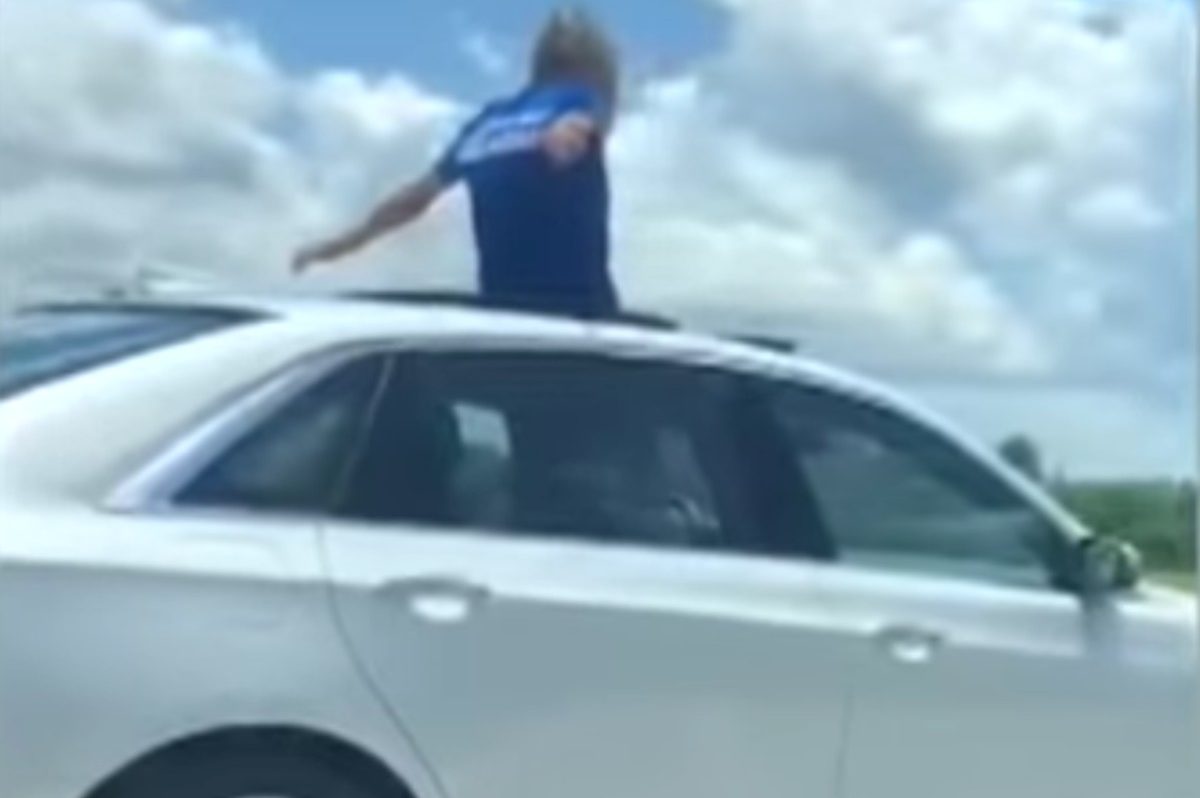 Leonard Olsen is clearly one seriously unhappy dude. The 70-year-old Florida man apparently has such a bad marriage, that he would have rather gone to jail than spend any more time with his wife. Unfortunately, in the process of pulling off his great escape from Mrs. Olsen, he endangered a number of other drivers and caught himself several criminal charges. Not a great look, Leonard.

In the below footage, Olsen can be seen driving down Interstate 4 in Central Florida with his body halfway through the sunroof of his Cadillac. Weaving in and out of traffic, the fed-up husband reached speeds of up to 100 MPH.

When he was eventually pulled over by members of the Florida Highway Patrol, Olsen was eager to turn himself in and had this to say, according to the FHP incident report:

“My wife treats me like a servant and she’s the mistress and I’m tired of this shit. Lock me up, I’d rather go to jail than go back home.”

Well, Leonard got his wish, and after being taken into custody, he added a little bit more onto his story while talking with his arresting officer.

Upon further investigation, Olsen was not only charged with reckless driving, but also with two counts of domestic battery on a person 65 or older, one count false imprisonment, and one count domestic battery by strangulation, after his wife accused him of attacking her on several occasions prior to the driving incident.