How to Avoid Hitting a Deer 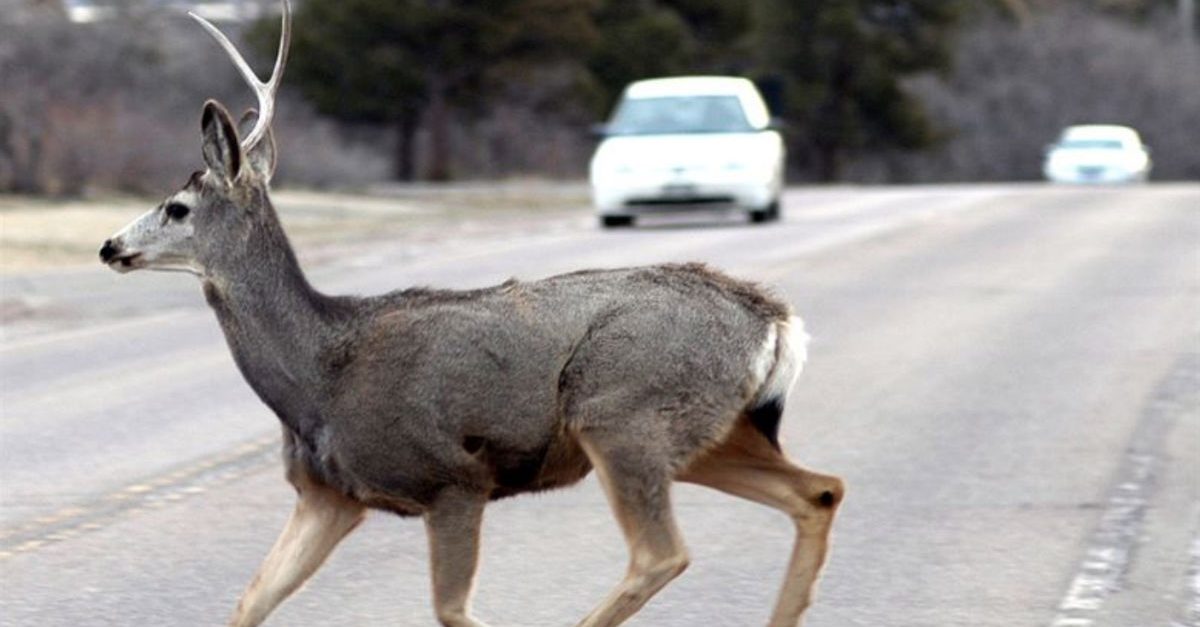 During deer season, nearly two-thirds of all animal collisions with vehicles happen.

The worst thing a driver can do to avoid deer or other wildlife is swerve to miss them, contrary to what most Americans believe.

?It?s human nature to try and avoid an accident,? Jim Taylor, head of claims customer experience for Farmers Insurance, said in an interview. ?It?s extremely difficult to avoid an accident by predicting what an animal will do. By braking suddenly or swerving, a driver can create a new hazard by hitting a tree, guard rail or another car.?

It?s best to remain calm and stay the course, Taylor advised. Two-thirds of the 1,002 people surveyed thought swerving was the best way to minimize damages.

The best way to avoid hitting a deer is to stay in the center lane, if there is one, to increase visibility from the side of the road. If there?s no oncoming traffic, use the high beams at night. Stay buckled, avoid swerving, heed deer crossing signs, and if you do see a deer, slow down without slamming the brakes and sound the horn. Some people argue that ? if a collision is unavoidable ? accelerate to shift the vehicle weight to the rear and raise the front angle of the vehicle.

Easier said than done. Best to minimize the chances of an encounter. Deer are most active at dusk and dawn, which is the time to be especially vigilant. The mating season from October to December compounds the likelihood of a collision.

Hitting a deer is a terrifying experience for anyone who has, like Taylor.

?Deer hit you before you know what?s happening,? he said, recalling the time he hit a large buck. ?Shakes you up.?

It could also shake up your premium, which is another reason to avoid the swerve.

?Let?s say you?re driving down the road and swerve to miss the deer and hit a tree or another vehicle, that act of swerving may mean you end up at fault, and could incur a surcharge,? Taylor said.

Hitting a deer shouldn?t result in an increase in your premium because it falls under comprehensive coverage, not collision coverage, which is at-fault coverage.

If you hit a deer, pull over as safely as you can and resist the urge to approach the animal, Taylor advises.