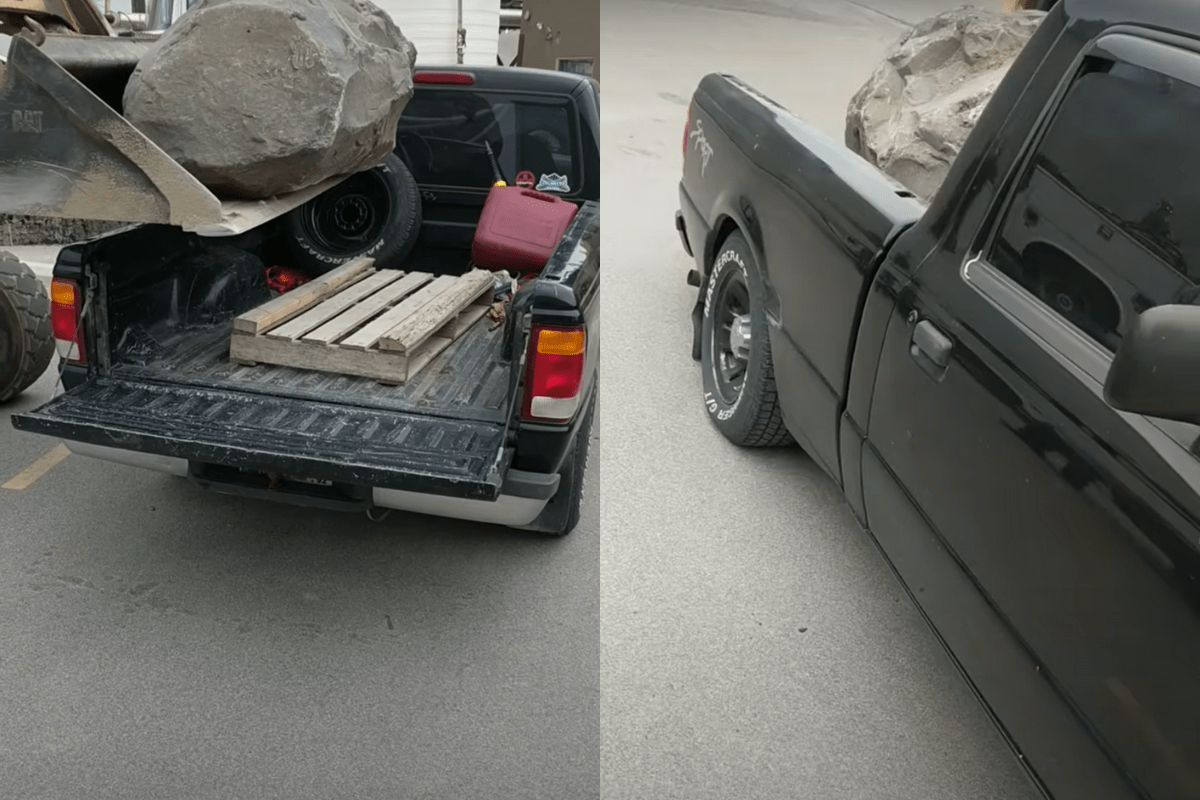 When it comes to highly uneven match-ups, this scenario of a gigantic boulder versus a Ford Ranger mid-size pickup truck really tips the scales. I mean, it was pretty much spelled out from the start. It’s like a David versus Goliath type deal, but unlike the classic biblical story/perennial sports analogy, this head-to-head bout ends with the bigger competitor winning.

Even though you know how the whole thing’s going to turn out, you can’t help but watch as it all unfolds. It’s kind of like watching a trainwreck. Or a truck wreck, to be more accurate. So, without further ado, I present to you the tragic but must-watch, automatic demise of an innocent Ford Ranger Sport.

And, there she goes. Never stood a chance.

I’m really not sure what the point of that whole experiment was, aside from showing the talent of the operator landing that boulder on the pallet. Assuming it was just an experiment and not an actual attempt to get a boulder from point A to point B. Because, come on, the guys involved couldn’t have actually thought that the Ranger mini truck had the wherewithal to sustain the weight of the massive boulder in its truck bed.

To be fair, that might be giving them way too much credit intelligence wise. There is a good deal of people out there in this great big beautiful world who aren’t exactly swimming in IQ points, if you know what I mean.

Maybe these dudes really thought that Operation Boulder Haul would legitimately work. Which, if that’s the case, they just accidentally totaled a truck in one of the most ridiculous ways possible. But hey, at least they got a laugh out of it. And so did we.