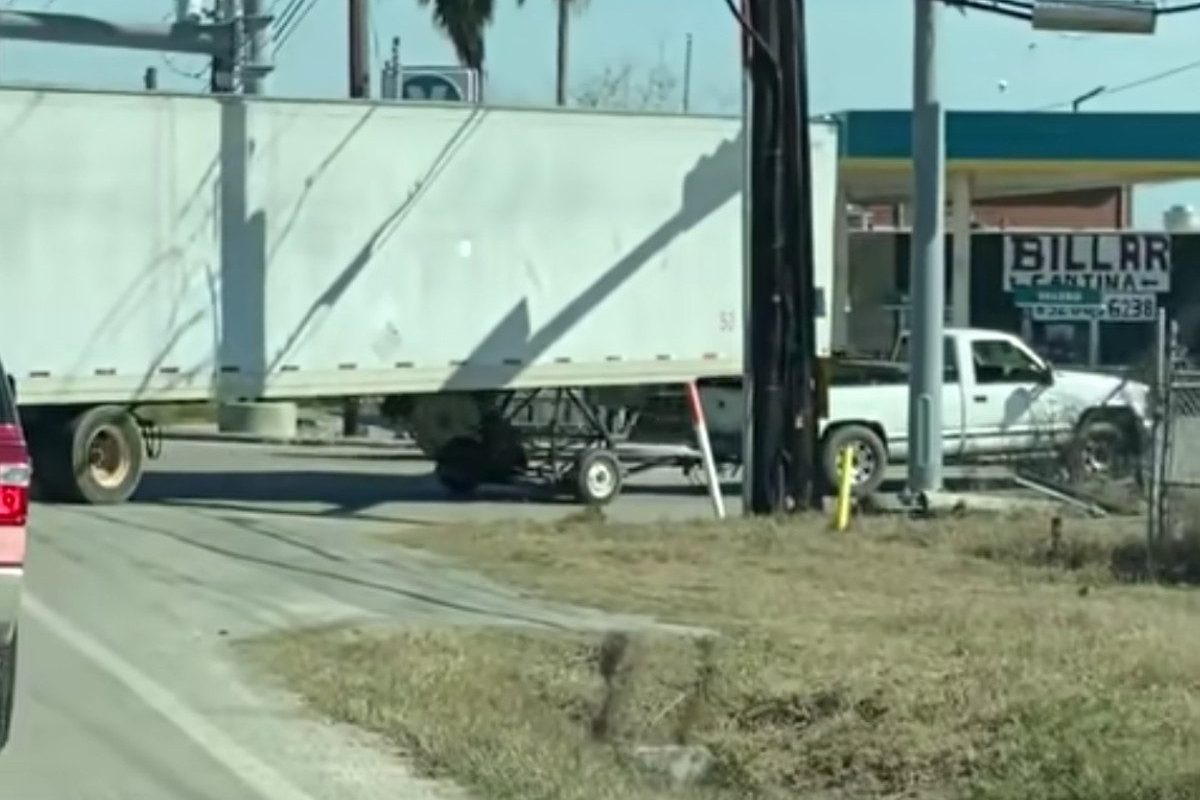 Who says you need a semi truck to pull a trailer? This guy was caught on video in Houston, Texas pulling a 53-foot big rig trailer, except he didn’t exactly do things the traditional way. Instead, he used an older body style Chevy pickup truck, and it seemed to be working surprisingly well.

Check out the video below, because it’s highly unlikely you’ll ever see something like this in person.

Now, I could be wrong, but that sure looks like a 1500 truck with a gas engine. If that is the case, that makes this even more impressive. These things weren’t designed to be pulling trailers like these, and even though the suspension is squatting pretty bad in the back, it did get the job done. That’s all that really matters in the end. Because of the fact that a pickup can’t really hook up to a semi trailer the normal way, the driver used a dolly system in the front that held the trailer up, utilizing the ball hitch on his truck.

There are a few things to consider here. First off, this trailer is empty. If it were loaded, this would be a whole different story. Second, he’s very likely only hauling this thing a short distance over to the scrap yard. Why did I assume that? Well, if you look closely, you’ll notice that this trailer only has one axle. There’s pretty much no 53-foot trailers running a single axle, meaning they removed it before they scrapped it. On top of that, they likely stripped pieces from the inside as well, lightening the load even more.

I bring up these points more so to clarify the situation, but I don’t mean to take anything away from this truck and driver. It’s still impressive. Even stripped down, that trailer probably still weighs anywhere from 10,000 to 15,000 pounds, and that’s no easy task for a pickup like this. Hell, they should make this into a Chevy advertisement. You have to love Houstonians. They’ll do whatever it takes to get the job done.