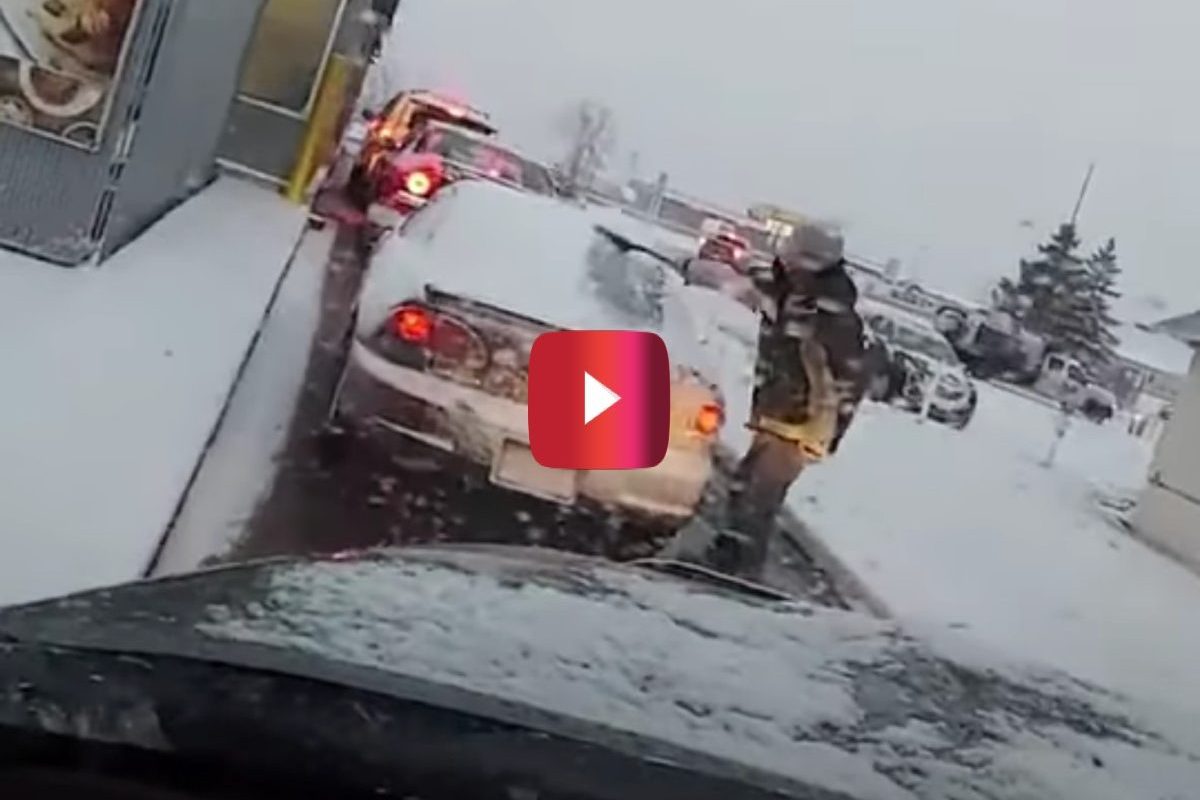 Nice may be a city in France, but it’s a state of mind in Canada. The folks up in the Great White North are born with three things: free healthcare, a taste for maple syrup, and the total inability to be mean in any way. Nothing better exemplifies that last point than the above instance of “Canadian road rage.”

Now, when you see the term “road rage,” you typically expect there to be some sort of fistfight in the middle of a busy street, or, at the very least, an over-the-top yelling match at an intersection. But not in Canada. In Canada, they’re all about helping out their fellow man. Which means that walking over to a stranger’s car is more likely to end in a good deed rather than an ugly, aggressive, traffic-impeding situation.

As you can see in the video above, one kindhearted Canadian decided to take advantage of the standstill in traffic to scrape snow off of someone’s rear windshield. If you know anything about winters in Canada, they get snow by the bucket loads, which makes driving conditions zero fun and particularly dangerous. That small snow-clearing action on the part of the Canadian “road rager” may not have seemed like a big deal, but it definitely made a huge difference in ensuring at least one driver’s safety on the road.

The Good Samaritan in the video may have not gotten any sort of physical gift in return for his great deed, but he definitely walked away with a whole bunch of good karma points.

READ MORE: The Difference Between Winter and All-Season Tires, and Why You Should Consider Buying Snow Tires