This VW Bug Fifth-Wheel Trailer Camper Is a Rare Sight 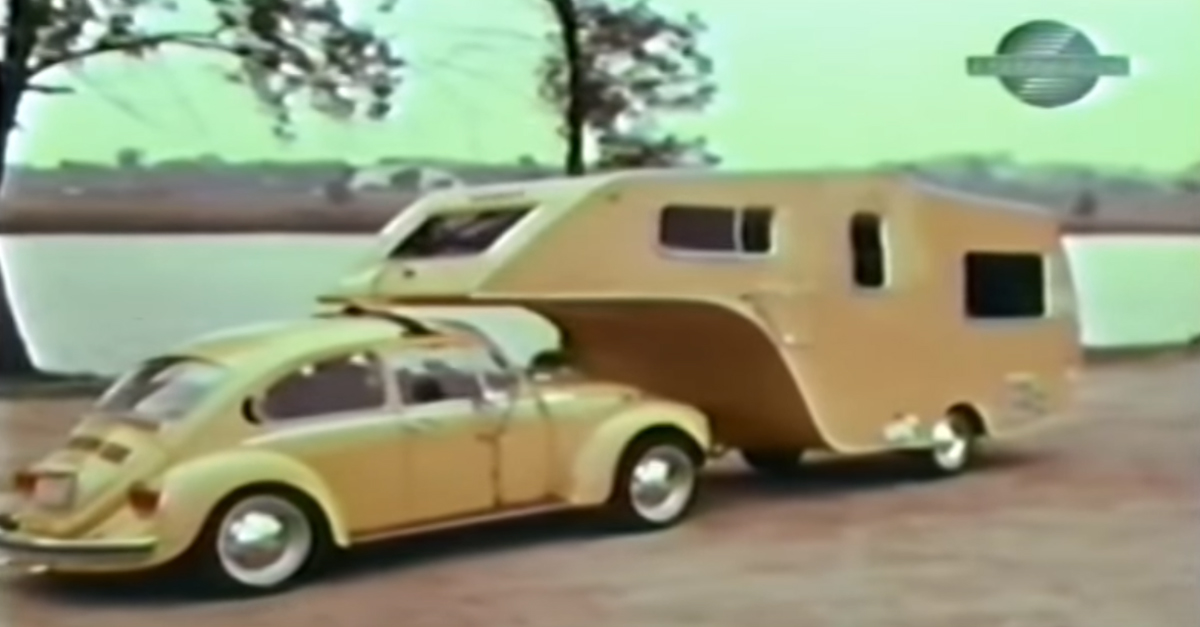 If you’re a diehard Volkswagen Bug enthusiast, you may know that there was an insanely rare fifth-wheel trailer, known as “The Gooseneck Trailer.” It debuted in 1974 and was designed to connect to a hitch on the top of a VW Bug, which afforded it complete mobility.

As it turns out, there was almost no proof featured anywhere of anyone owning such a cool trailer. That is, until one man, featured in the below footage on Speedvision (remember when that channel was still a thing?), found one in a salvage yard and began the process of fully restoring it to its former glory. Check it out!

Wow, talk about the ultimate throwback! As far as amenities go, this thing has a full bathroom, kitchen, closet space, and it can even sleep up to four adults. While the weight of the trailer is perfectly distributed to the vehicle with a 360-degree turning capacity, the Beetle was apparently able to get 18-20 MPG while towing it.

Expertly restored by Oklahoma Bugs, the VW Bug trailer was sold in September 2019, at least according to this website.