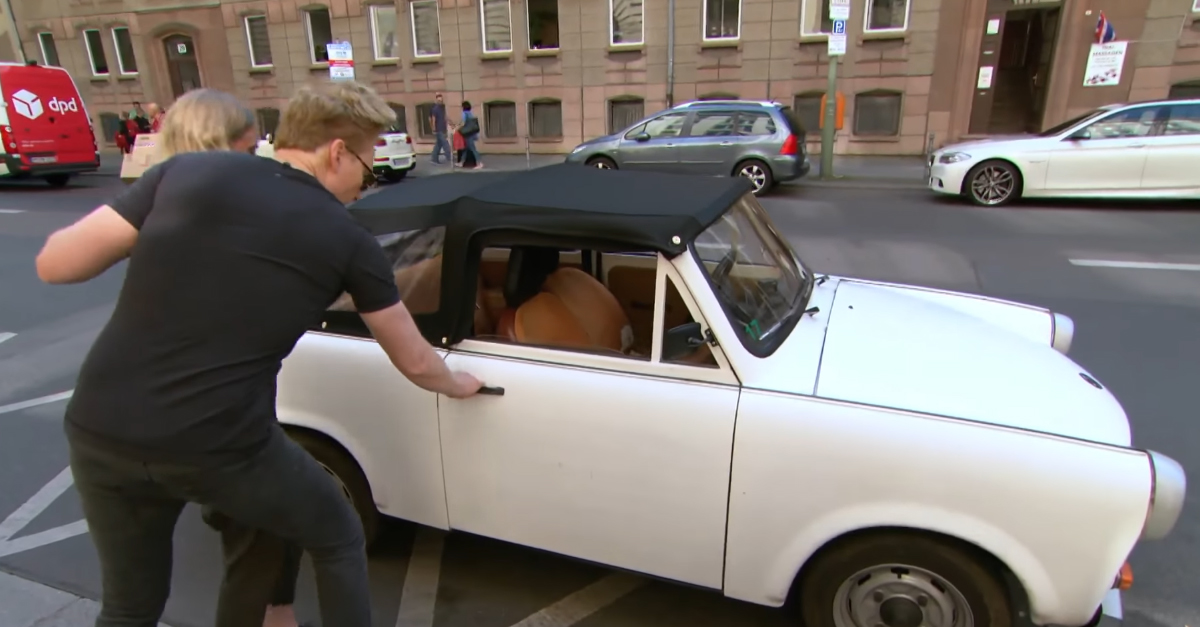 Before the Berlin Wall fell in 1989, the people who lived on the Soviet-controlled East German side of Berlin had little access to modern technology or creature comforts, which is putting things rather lightly. Things the Western side of Germany took for granted like modern automobiles had much more frustrating and poor mirror images on the other side of the Iron Curtain. Conan O’Brien highlights one of these relics of the Cold War by taking to the streets of Berlin in a busted old Trabant, the favored car of the Soviet era, and he experiences what for some was a generation of difficulty and hardship in the span of a single afternoon.