This ’69 Camaro Is a Supercharged, Nitrous-Breathing Beast 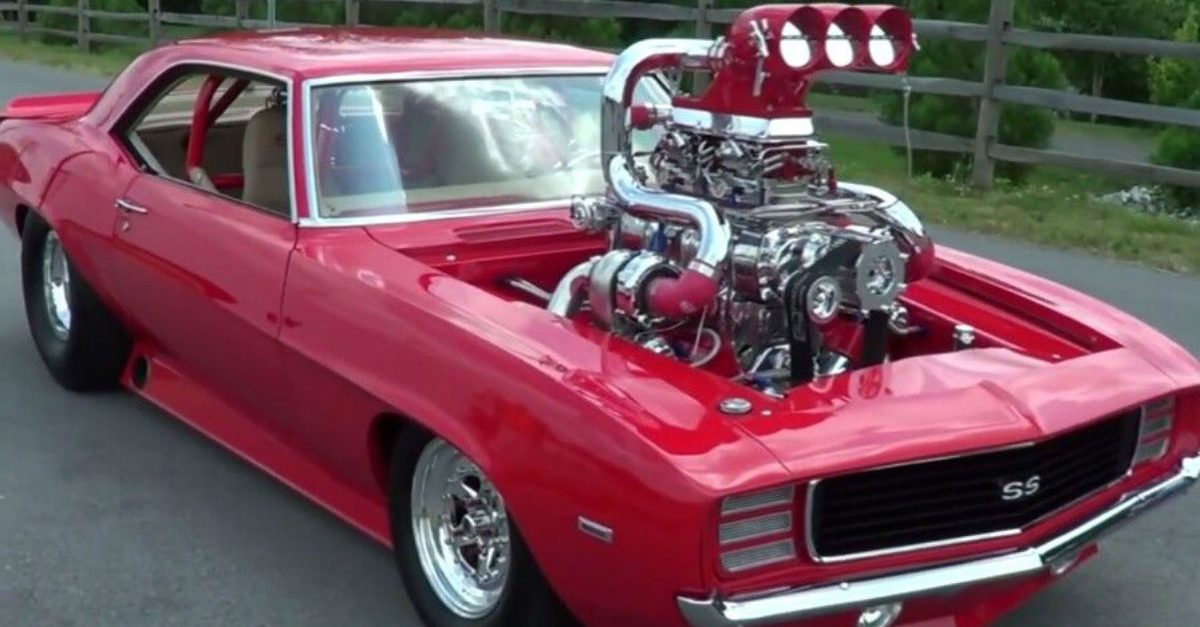 YouTuber ScottieDTV has been churning out incredible custom car videos for years now, and back in 2012, he went to the Super Chevy Show in Pigeon Forge, Tennessee and came back with engine sounds, revving, and a great walkthrough of one of the most powerful and souped-up classic Camaros we’ve ever seen.

It’s a ’69 Chevrolet Camaro SS Twin Turbo sporting a supercharger along with a 200 shot of nitrous! There’s no exact number on the horsepower, but it’s got to be off the charts. Just see it for yourself!

As you can imagine, this nitrous-breathing Chevy Camaro isn’t just packing some insane power under the hood. It’s impeccably designed as well.

[Bradley Gray] built the car to be different, not only is it powered by a 454ci. big-block Chevy that is punched out to 468 cubic inches, it also has a 14-71 supercharger on it piggybacked with two 68 mm turbo?s that feed the giant bug catcher. Just in case that induction system isn?t up to par, there is a fogger nitrous oxide system jetted for an additional 200 hp! When it comes to a compound induction set up, Bradley?s Camaro has all the bases covered.

The interior is simply gorgeous; it has the all business look of a pro-street drag car, but it?s wrapped in expensive leather and detailed as if it was going to compete for the Riddler award! The custom-built roll cage flows nicely with the rest of the interior, and with its body colored paint, it doesn?t stick out like a sore thumb as nearly all do.

Can you imagine seeing this thing out and about? What a beauty!