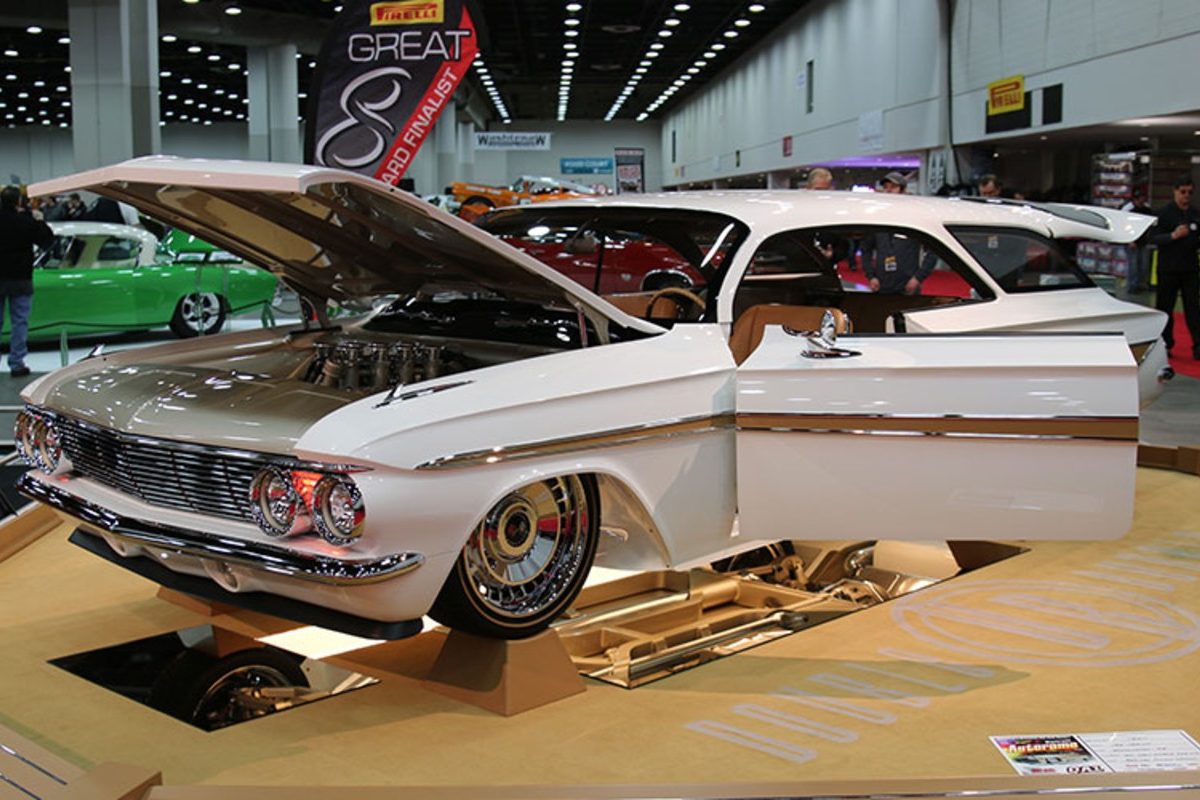 With so many skilled folks out there in the car restoration industry these days, it’s extremely hard to separate yourself from the herd. But, when this stunningly restored 1961 Chevrolet Impala station wagon showed up to the Detroit Autorama back in 2016, it turned just about every head in the room.

First off, let’s take a look at the exterior on this ridiculously sleek Chevy. Of course, the roof draws you in right from the jump. It was entirely fabricated by hand, and all the glasswork was meticulously crafted. Outfitted with a custom-fabbed Camaro-style bumper and custom driving lights, the wagon’s front end is also complimented by the expertly designed rear bumper and taillights. The 18? and 20? wheels, wrapped in Diamond Back Classics modified Goodyear Eagles tires, also evoke that awesomely vintage look.

Now, for the engine. The Impala is stocked a 600-hp Merlin 540ci big-block engine, which was modified by Carma Performance. Fed by a custom EFI setup, the beefy big-block was mated to a five-speed Tremec with a McLeod clutch.

On to the interior. It’s like getting dropped straight into the ’60s. You’ve got the 1961 Cadillac Eldorado seats with stretched tan leather and chromed aluminum trim. Then, there are the custom armrests and the hand-fabricated dash, plus the Classic Instruments gauges and the Vintage Air air conditioning system.

We could go on and on about this thing, but we think we’ll just scroll up a little bit and watch that video one (or five) more times.