This small tweak made the Superbird slower than its Winged cousin 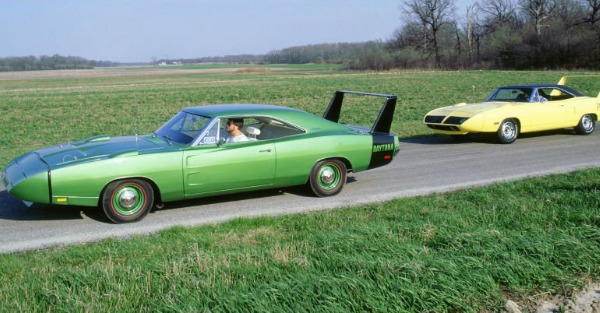 The Dodge Charger Daytona and Plymouth Superbird are ridiculous, and ridiculously awesome, looking cars. The now iconic nosecones and giant wings were designed to get the most speed possible on the track, as these cars were only made to satisfy late 60’s era NASCAR requirements regarding what cars could be called “Stock.”

Some say that the wings were so high because it was the only way to open the trunk, or that they were a result of laughably-primitive aerodynamics. Wrong. The wing was designed by a literal rocket scientist and was placed high to take advantage of clean air high above the trunk, with no attention paid to the triviality of being able to open the trunk. The effectiveness of the wing was proven when the Charger Daytona and Superbird absolutely dominated NASCAR before they were effectively banned in 1971.

While the debate of which aero-car is better will rage on for eternity, one aspect has been settled: The Dodge Charger Daytona is faster. Road and Track notes that, despite their similar appearance, the car designers at Plymouth balked at the nosecone and wing for being too ugly. So instead of exactly replicating the cone and wing from the Charger, Plymouth made cosmetic tweaks to the Superbird by slightly changing the nosecone and sloping the wing further back. The result may have looked better in their eyes, but it was less effective. Leading to a possible disadvantage of up to 3 mph on the track.

It’s a good thing Richard Petty never found out about these concessions, or Plymouth’s designers would have The King to deal with.