This Skater refuse to tour LA in a Mini, because his own car is much cooler 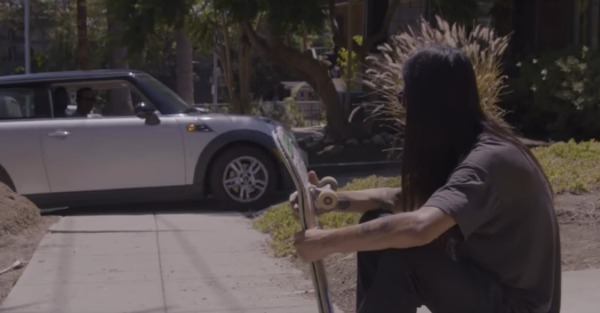 In their own version of “Comedians in Cars,” these skaters go riding around in a cool car talking and looking at spots where he’s had his biggest moments. When the host, Chris Nieratko, pulls up in a borrowed Mini, we were tempted to turn it off. But then Don Nguyen convinces him that they should take his ride, a much cooler Pontiac Firebird.

After Chris struggles to get in through the window, a move best left to the young, Nguyen tells him that he was inspired by his older brother’s 1969 to buy his own Firebird and came across this example, a late 70’s model.

Broken AC is not ideal for Los Angelas, but it beats cruising in the mini. Plus, Nguyen loves the simplicity of working on it, saying,

“If you drop a tool in there, it goes straight to the bottom.”

The downside, to these classics is of course the gas mileage and he ran out as soon as he pulled into their last spot. His next project will be fixing the gas gauge.

Related: Why the 1978 Pontiac Trans Am Firebird is priced so low