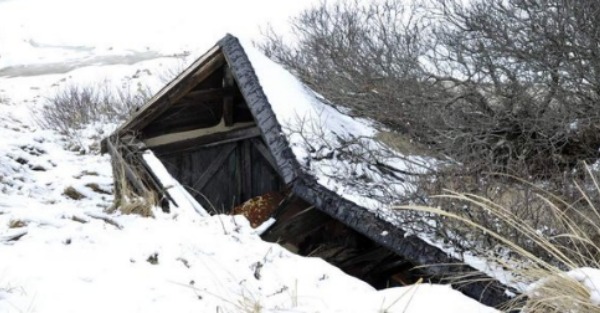 It?s been 40 years since anyone has seen this white Jeep Wagoneer. It?s been buried beneath the sand dunes in Ballston Beach in Truro, near Cape Cod.

But the Jeep will finally be pulled out from its sandy tomb.

The Cape Code Times notes that the family wanted to remove the Jeep decades ago, but the town refused because it was worried moving the Jeep would harm the dunes. Now, years later, the town  has changed its mind, and the family is free to move the now rusted hulk.

No one seems that excited about the prospect.

“It’s probably going to fall apart like something out of Indiana Jones,” Basil Musnuff, whose mother owns the Jeep, told the Times. “I’m not even sure it’s a Jeep.”