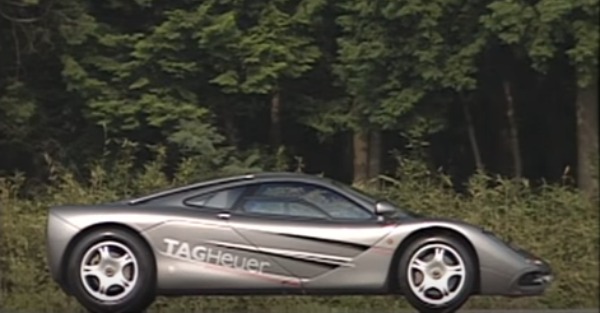 Back in the 1990s, Japanese auto show Best Motoring put a McLaren F1 to the test. It was an impressive little beast — With a center seating position, , a six-speed manual transmission, a 627-horsepower 6.1-liter V12, a cenger seating position and top speed of 242 MPH. Best Motoring really pushed this baby, according to Road and Track, which said the McLaren went though  a ?0-1000 meter sprint, a flying lap of Tsukuba circuit, and even a top speed run.?  It?s amazing to  say the least.