This Ford Mustang is the rare first of its kind, and it is for sale 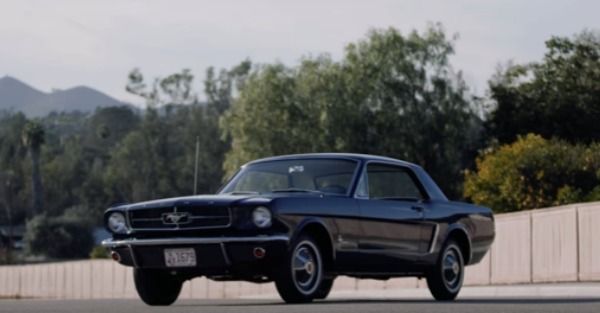 Ford collectors might fall out of their chair when they see this one.

Mecum Auction says it has the Ford Mustang hardtop that was the first to receive a Vin number. It rolled off the line in 1964. Now, having the first of all Mustangs would be really, really awesome, but alas, the Ford Motor Co. has that displayed at the Henry Ford Museum

But vin 100002, the first hardtop? It?s been restored to its original hardtop condition, Mecum says, and now it?s up for auction.

The specs, as listed on Mecum?s website, include a date code correct 170 CL 6-cylinder engine with a 3-speed manual transmission; Caspian blue with a blue crinkle interior; and 13-inch wheels. It?s been owned by one person since 1997. (All photos from the Mecum YouTube video)

In the rarified air of top collector cars, no description raises eyebrows quicker than ?first.? For Mustang, a car line that has been produced for 53 consecutive model years with more than 9 million sold, there is only one ?first? hardtop. Amazingly, through fate, or perhaps sheer luck, 5F07U100002 survives today.