There are a lot of reasons to love the Lancia Stratos. It's an outstanding and successful rally racer and sports car. It's got the style to match its racing prowess. And, it's surrounded by innovative, unique concept designs. But the real reason we get revved-up for the Lancia Stratos HF?

It is the story of perseverance, automotive intrigue, and achievement behind this Italian rally car that keeps the Lancia Stratos close to our gearhead hearts. Buckle your seatbelt, we're in for a wild ride. 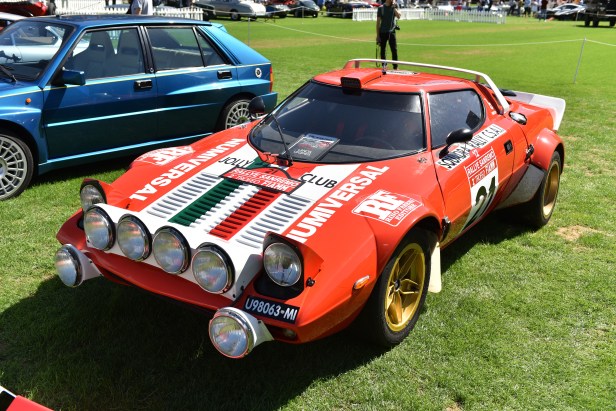 LONDON, ENGLAND - AUGUST 20: A 1974 Lancia Stratos HF Group IV car is displayed during the London Concours at Honourable Artillery Company on August 20, 2020 in London, England. The London Concours, presented by Montres Breguet, is a luxurious automotive garden party hosted right in the heart of the City of London and will see 80 of the world's most precious cars. The event will be the UK's first major automotive event to take place since February with procedures in place to comply with social distancing guidance. (Photo by John Keeble/Getty Images)

There were several occasions when the Stratos could have lost its place in rally car history, including one occasion when Bertone himself passed under the Lancia factory gates to present Gruppo Bertone's Marcello Gandini design after being denied by guards. The kicker? He drove right under the gate in the super-low riding Stratos Zero concept car design! According to legend, the onlooking Lancia employees clapped as he did so.

In this meeting, Lancia designers agreed to give Bertone the Stratos design contract as a replacement for their outdated Lancia Fulvia rally car model. Italy's Marcello Gandini -- who designed cars for Lamborghini, Fiat, BMW, and Alfa Romeo, among others -- designed the Lancia Stratos Zero concept. He had already designed the Lamborghini Miura and was working on the Countach at the time, but until this point, Lancia had worked exclusively with the Pininfarina design house. So, Bertone may have stepped on -- or driven over -- more than just the guards' toes to bring the Lancia Stratos HF to market.

Ferrari Didn't Want to Give Up Its Engine 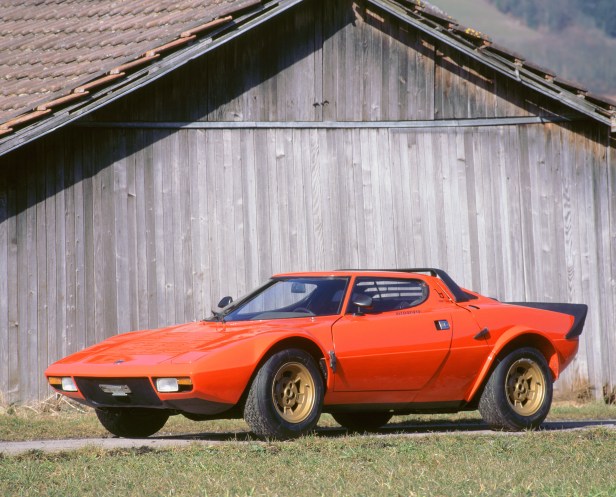 From the first concepts of the Stratos, designers had envisioned the Ferrari Dino V6 engine inside the Stratos HF. Ferrari, however, saw their own Dino V6 model as a direct competitor for the Lancia Stratos. Go figure. Needless to say, Enzo Ferrari was a bit reluctant to release rights for the Ferrari V6 to another manufacturer.

Luckily, Ferrari happened to end production of their V6 series right as the Lancia Stratos High Fidelity was nearing design completion. Until that point, it had made do with Lancia in-house engines in order to appear at the 1971 Turin Motor Show. Now that the race car finally had its engine, the new Stratos HF exploded onto the rally car scene with 500 manufactured units.

Now that the rally car finally had its engine, the new Stratos HF exploded onto the rally car scene with 500 manufactured units. Unlike its original Stratos concept car, this production Stratos had a mid-engine and higher seated wheelbase. It had a fiberglass body and rear wheel drive. As it turns out, it was the very first rally car designed from scratch, which required homologation from rally car governing bodies. Sandro Munari drove the rally car for Lancia.

The five-speed coupe dominated the motorsports world and would go on to win the '73, '74, and '75 World Rally Championships. It remained successful on the rally car scene into the early '80s. In this time, it received several concept and production models such as the Lancia Stratos HF Stradale, which had racing build with road-ready tuning. Eventually, the Porsche 935 would overtake this rally legend as the motorcar to beat. In 2010, Michael Stoschek commissioned a one-off new Stratos model designed and manufactured with a Ferrari Scuderia donor car.