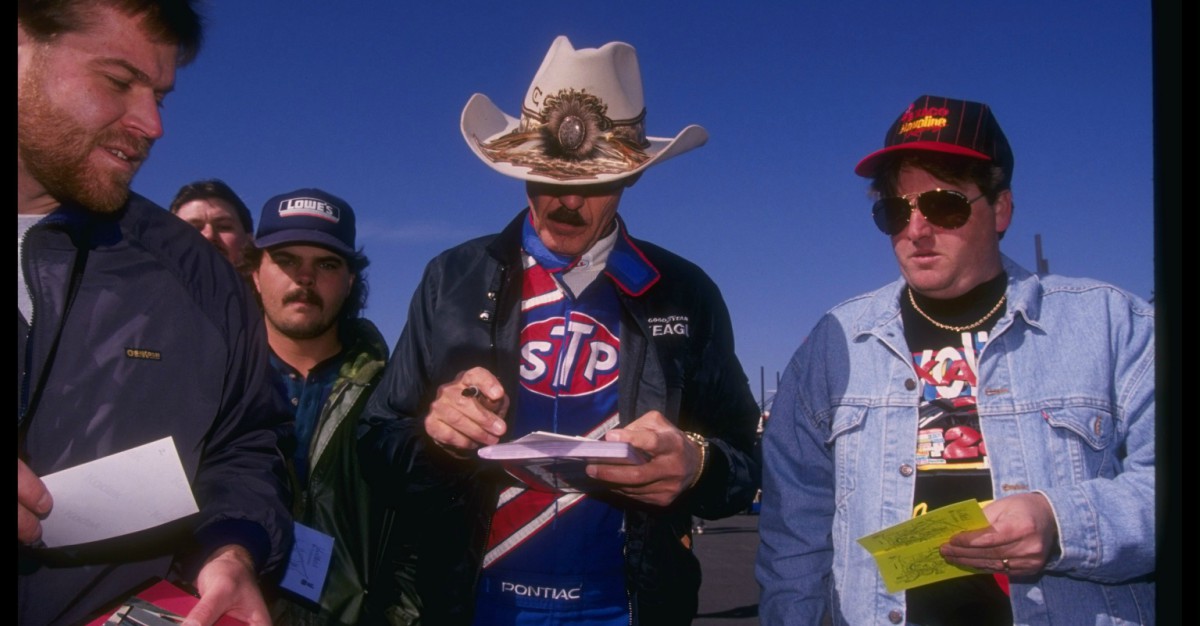 Every true NASCAR fan would jump at the chance to get ‘The King’ Richard Petty’s autograph, but what if it came with a catch? At what point is it no longer worth it? This piece of signed memorabilia comes with a huge catch, you have to buy an old Pontiac.

A 1992 Richard Petty Special Edition Pontiac Gran Prix, to be exact. According to Doug DeMuro, this Gran Prix was delivered new straight to a track where it received a signature from the King on a sun visor. In addition to the signature, the car has a special “Richard Petty Special Edition” decal on the back and a plaque that says “1992 Fan Appreciation Tour” with Richard Petty’s face and car on it in the front. Even more surprising, is that this 26 year old car only has 4,000 miles.

Is that enough to make a ’92 Gran Prix cool? The sellers sure thought so, since they are asking $12k for it! And maybe they were right, since the car is no longer listed on Autotrader’s site for sale. That means someone wanted a Richard Petty signature so bad they were willing to buy the Pontiac it was attached to.