This company will build you a new Eleanor Mustang, but you’ll pay for it 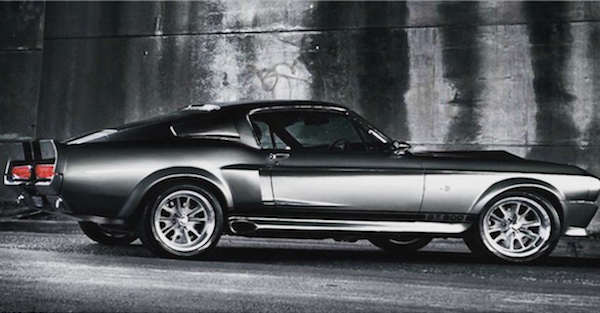 If you’re a car enthusiast or you just like going to the movies, you probably know about the Eleanor Fastback Mustang. We last saw Eleanor on the big screen in the year 2000 with Nic Cage behind the wheel in “Gone ins 60 Seconds.” It’s a well-known icon and if you’ve ever dreamed of owning one here is your chance.

Fusion Motor Company recently announced that they have reserved the rights to built Eleanor and the plans sound very promising. According to carscoops.com, Fusion made a deal with Gone in 60 Seconds co-producer Denise Halicki. Halicki’s late husband H.B. ?Toby? Halicki, created and starred in the original film that was released in 1974.

Fusion president Yoel Wazana met with Halicki, and after discussing his subpar version of Eleanor made from a Chevrolet Optra, Halicki agreed to tour the Fusion fabrication shop. Thoroughly impressed with the operation, Halicki thought it would be best to have the company recreate the Eleanor using the 1967 or 1968 Fastback Mustang and not the 1973 model in the original movie.

Each donor car is stripped down to a bare metal frame, reinforced, and then fitted with a Detroit Speed Aluma-Frame front IFS kit. Lots of custom work goes into each Eleanor including a multi-link rear suspension, Currie Ford 9-inch rear end with a limited-slip diff, Wilwood brakes and your choice of 5 engines. For all show and some go you can opt for the 430 horsepower 5.0 liter V8. You can add a supercharger to that and push out 600 horsepower, or you can step up to one of three 427 cubic inch monsters. The output of these larger displacement engines range from 480-750, and you can pick between a five or six-speed manual and a six-speed automatic transmission.

Pricing starts at $189,000 so expect these to sell well into the $200,000 range. Order now as your own Eleanor will take about six months to build. Check out Fusion Motor Company here.