The Sno-Runner, a Retro Snow Bike, Was Chrysler’s Wackiest Invention 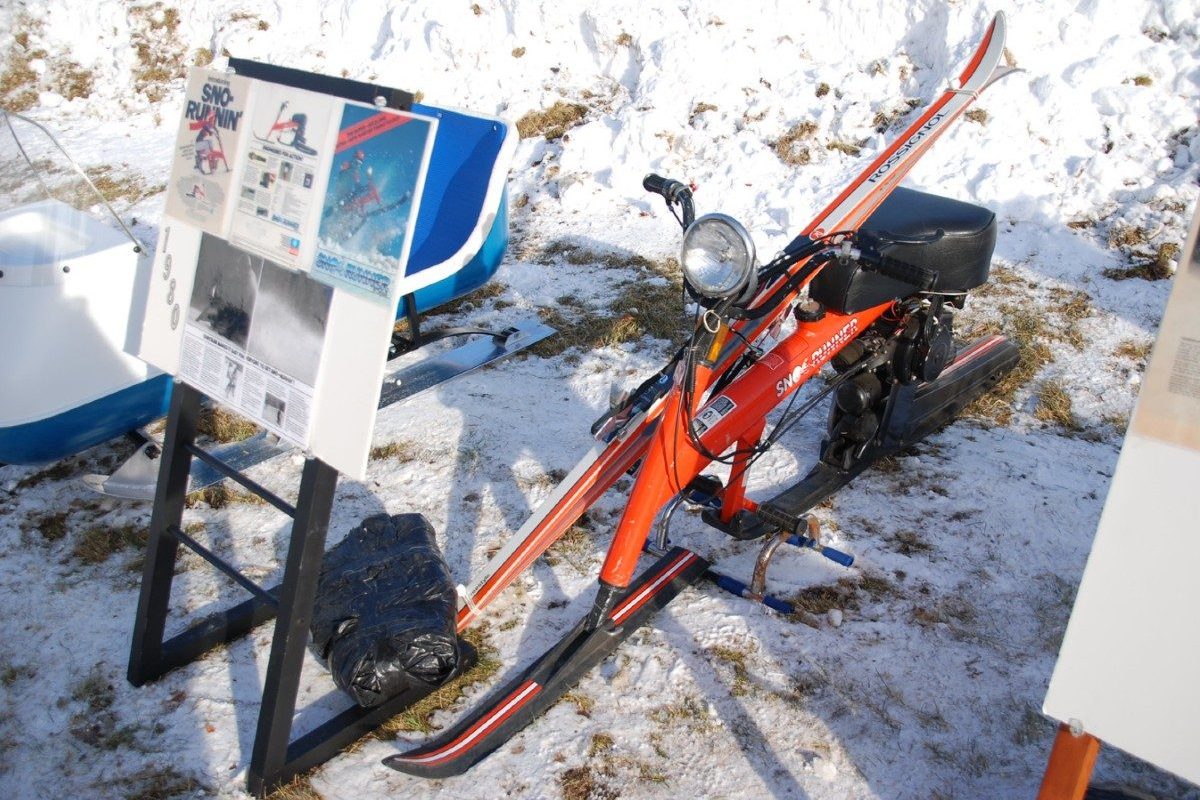 It hasn’t always been smooth sailing for American automobile manufacturer Chrysler. In the late 1970s, Chrysler was in such deep water financially that it decided to do something crazy. The auto manufacturer made a huge bet outside of its car dealerships on what can only be described as a snow bike. The Chrysler Sno-Runner was a strange cross between a snowmobile and a mini bike.

So, how did Chrysler go from classic cars to the Chrysler Sno-Runner? The Sno-Runner isn’t Chrysler’s first foray into other types of vehicles. Chrysler Marine was an entire division of the automaker dedicated to boats. The Sno-Runner was truly an anomaly even amongst Chrysler’s strangest creations. This thing isn’t even on eBay anymore.

History of the Chrysler Sno-Runner

One of the last Sno-Runners in existence was briefly available on the auction site Bring a Trailer as part of a no-reserve auction. The auction included all original parts other than the carburetor. The Sno-Runner used a single-speed gearbox with a handlebar lever brake and kill switch. It also featured a front ski.

With measly horsepower easily under 10, it was hardly made for deep powder snow. The two-stroke Power Bee 820 single-cylinder engine was originally manufactured by West Bend. Even modded Sno-Runners barely reach a top speed of 40 MPH. Imagine a moped trying to plow through snow.

The late ’70s and early ;80s were a crazy time in America. They were a time of financial success and opulence, so Chrysler got away with creating this strange invention. Chrysler eventually had to sell their remaining models to merchandise liquidator Comb because of the less than stellar sales.

Though the Sno Runner didn’t have the best initial reception, it still developed a cult following. There’s even a snorunner.com made for owners looking for parts to keep this piece of Chrysler history alive. If you had the chance, would you purchase Chrysler’s wildest product?