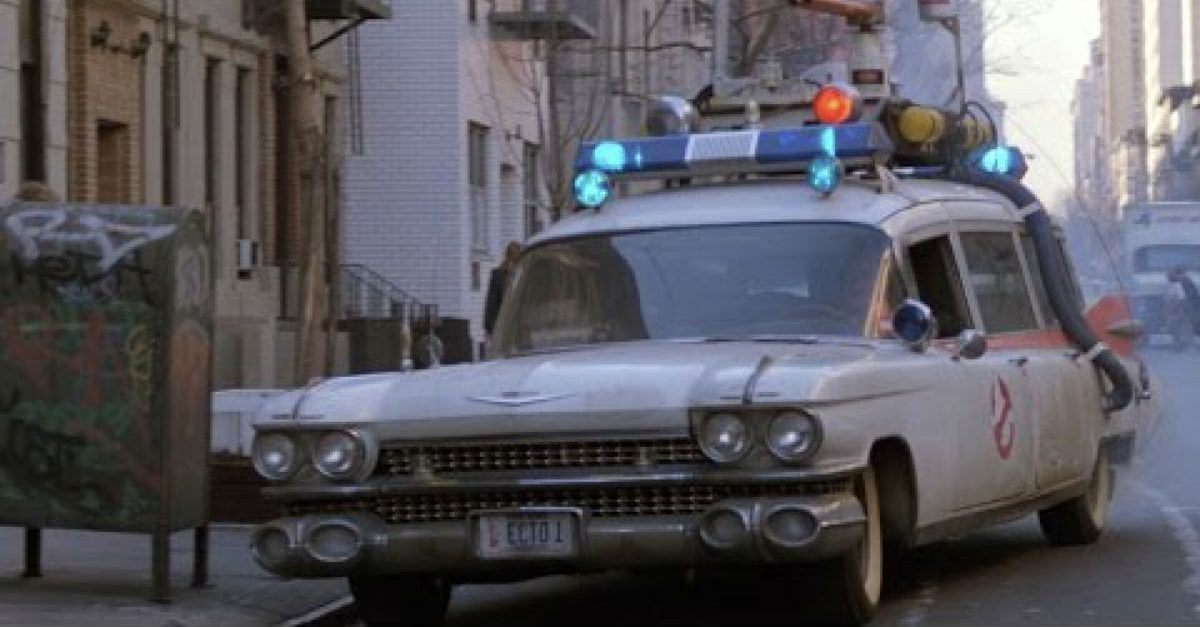 So, today, we figured we’d bring you some enthusiast-fusion with a little history lesson on the unsung hero of the Ghostbusters franchise: the Ectomobile. Here are five funs facts about the Caddy that made it all possible for Peter Venkman (Bill Murray), Ray Stantz (Dan Aykroyd), Egon Spengler (Harold Ramis), and Winston Zeddemore (Ernie Hudson) to save New York City, and, of course, the world.

1. The Ghostbusters Ectomobile Was a Caddy Combination Car

The Ghostbusters Ecto-1 didn?t have to wait on its cinematic debut to start saving the world. Before its reboot spent lugging proton packs all day, the ’59 Cadillac Miller-Meteor was an ambulance and hearse created by automotive manufacturer Miller-Meteor. The production life of the vehicle wasn’t very long, however, as only 400 models were ever actually manufactured.

2. The Ectomobile’s Creators Were Originally Competitors

The creators of the Miller-Meteor Cadillac ambulance were competitors before they united to create the would-be Ecto-1.

In 1954, the bus manufacturing company Wayne Corporation bought both companies. By ?59, the Ectomobile (well, not exactly) was rolling off of production lines in Ohio.

3. The Ectomobile’s Tailfins Were the Largest on Any Car

Filmmakers chose the Cadillac Miller-Meteor for a reason: Its unique, memorable style. This style is epitomized by the car?s giant tailfins, which are the largest ever on any production vehicle.

4. The Original Movie Script Had a Different Car in Mind

The Cadillac Miller-Meteor ambulance wasn?t always fated to be the Ecto-1. Filmmakers actually had a different model year in mind, the ?75 Cadillac ambulance, when they first wrote the Ghostbusters script.

5. The Script Also Had Different Styling in Mind

The original screenplay had a totally different mise en scène in mind when it came to the Ecto-1, which was intended to have a black paint job. However, Columbia Pictures filmmakers eventually recognized that the Ghostbusters film would take place at night, presenting lighting issues for a black Caddy.