These kids had the perfect gift for their grieving dad

Beautiful 1959 Chevy Pickup Will Have You Seeing Green

This 1935 Chevy Tow Truck Is a Beauty 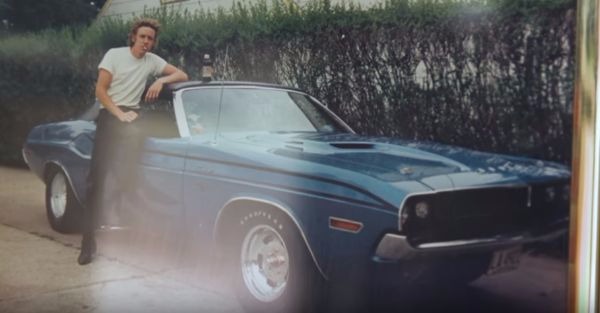 When his fiance broke off his engagement as he was headed to Vietnam, this man thought his life was over. Little did he know, after letters and pictures were exchanged throughout the war, he would come home to a new woman.

And what a woman! On his birthday, she decided he needed a new car. Any car he wanted, as long as it was convertible. That was the beginning of this couple’s story with this beautiful blue 1970 Dodge Challenger R/T convertible.

As life went on, the car fell into disrepair and sat for over 40 years.

Sadly, his wife passed away from breast cancer without ever seeing their beloved Challenger put back on the road.

His kids knew that something had to be done. They arranged for the car to be restored and even set up an unveiling at a muscle car expo. An unbelievable surprise indeed.

A custom license plate in memory of his wife Kitty tops off the restoration. What a car, and what a story.