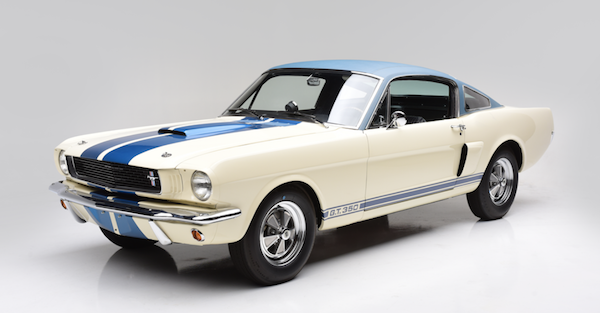 Car enthusiasts might want to check out the upcoming Barrett-Jackson Scottsdale auction to see the first prototype of a classic car.

According to AutoBlog, the auction will have the first 1966 Shelby GT350 Ford Mustang prototype, and Barrett-Jackson said it’s the first built for the ’66 Shelby. It has a 289 cu. in V8 and 4-speed manual transmission.

The vinyl roof goes over the top, and it comes with the Pony upholstery.

Check out the car from several different angles here at Barrett-Jackson.

Related: Ford CEO is blunt in his assessment of the company?s future

The estimated price for the car is about $255,00, though it could easily go for much more than that given how rare it is.

The car looks fantastic and will likely be a hot commodity at the auction.