The 1964 GMC Carryall is a sight to behold 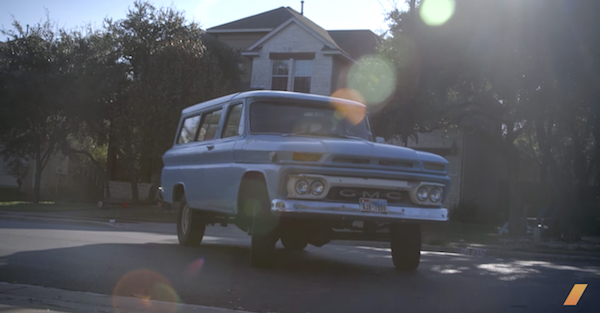 /WheelLove uncovered an amazing classic GMC with John Stephenson’s 1964 Carryall. /Drive’s new YouTube show is still getting its feet wet, and it’s nice to see a program focusing on the story of the driver’s relationship with the car instead of just facts about the vehicle.

John’s parents purchased the old truck when they saw it sitting in a used car lot. The Blue Goose quickly became a member of the Stephenson family. It showed it’s worth over long drives for family vacations and cruising around with John’s dad, watching the old man shift to learn the gear patterns of the truck.

John still uses the truck’s low-horsepower, high-torque engine build to haul landscaping supplies and even drove it around as a daily for a while. Listening to him talk about his love for the truck, you gain a real understanding of what makes these vehicles great. It’s as much about looks as it is sentiment.