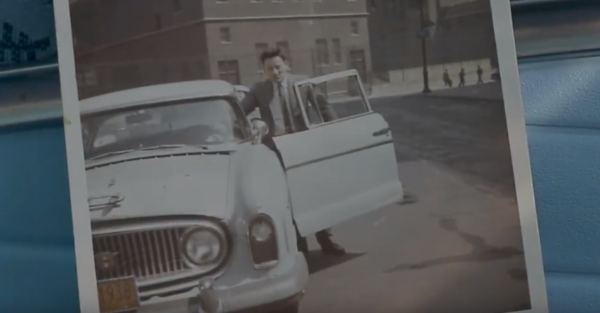 There’s always that one car. Whether it was the first or just the most memorable, we all have a car that sticks in our memory from our past. It may have been sold, it may have been totaled or it may have even been literally stolen away from us. But we will never forget it, and if there is ever another chance to buy, or even sit in another, we would jump at the chance.

For Patrick McKay, that car was a 1956 Nash Ambassador.

As McKay’s health declined, his family knew they wanted to give him one last ride in “the one that got away” 50 years prior. McKay sold his Nash to an employee in need of a vehicle for $75, and the employee would later die in a crash while driving it.

ClassicCars Journal tells the story of that last ride. They found the car at a dealership and arranged a ride for McKay. Watching him cruise around in the passenger seat of a Nash just like the one he lost so long ago is heart warming, and we can only hope every gearhead gets one last ride in their special car.

Related: A fallen soldier’s memory lives on through the greatest present a new driver could ask for