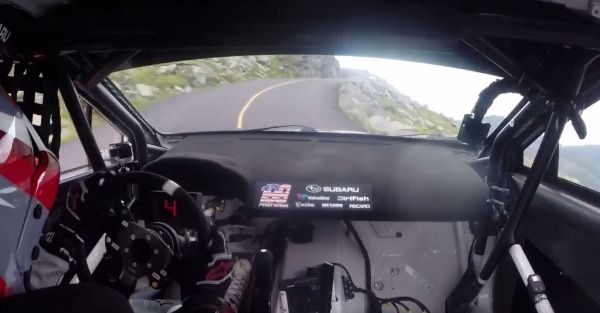 Higgins, the 2011 and 2014 Hillclimb winner, was also in the race on Sunday. The Union Leader reported that after setting a course speed record of 116 miles per hour, his car hit a rock, pirouetting and plunging 50 feet. While Higgins was unhurt, his car was so damaged he couldn’t continue, opening the way for Pastrana’s record run.

?I can?t say enough how fun these cars are to drive, and thank Subaru for providing one to me. I hope this record can stand for a little while,? Pastrana said, according to CarScoop. ?This road is such a challenge, it?s probably the toughest road to drive flat-out in the world.?

Related: A big name on two wheels is crossing over into NASCAR