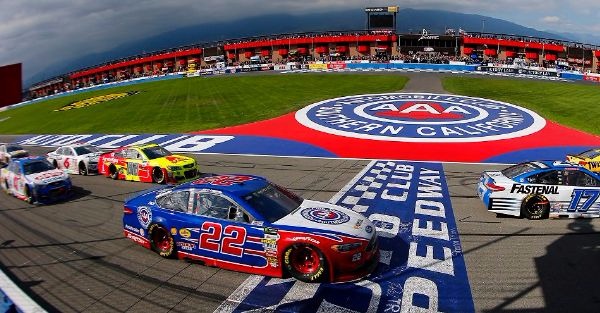 It’s been an up and down season for Team Penske in the Cup Series this year.

Sure, both of its driver–Brad Keselowski and Joey Logano–made the playoffs and combined for four wins, but neither racer has displayed the same type of dominance as Martin Truex Jr. or even Kyle Busch.

Despite this, Keselowski still has a shot at his second title. All the driver of the No. 2 Ford has to do is win the final two races and he’ll earn the coveted championship trophy. With 24 wins to his name, it doesn’t seem entirely unrealistic either. However before Keselowski takes the track at Phoenix, his team owner–Roger Penske–shared positive news about Keselowski’s 2018 season and beyond.

That news is the Würth Group has re-upped as a full-time associate sponsor with Team Penske and will also be the primary sponsor of the No. 2 car for three races in 2018. Racing fans will recognize the importance of this announcement since many other NASCAR teams are still desperately searching for sponsorship just so they can field teams next year in the Cup Series.

Roger Penske also shared good news for the No. 22 car  driven by Joey Logano, as both AAA and the Auto Club of Southern California have extended their sponsorship of the No. 22 Ford. In 2018, AAA will serve as a full-time associate sponsor for Logano’s ride and will also be a primary sponsor for three races.

?Our relationship with AAA and The Auto Club has been an important one that dates back to our years when we owned California Speedway,? Roger Penske said in a prepared statement. ?We are excited that we are able to continue on with the successful partnership that we have established with such a great group of people and the thousands of members they represent. They have been terrific partners and cornerstones in our success across the board. We look forward to many more winning seasons together into the future.?