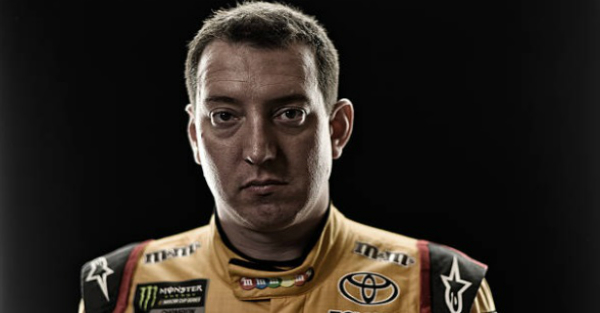 If there’s one thing we know about Landon Cassill and Matt Dibenedetto, it’s that they do an excellent job of recapping the season with Landon and Matt’s NASCAR Christmas Presents.

In this installment, they highlight a familiar face in Kyle Busch. After Austin Dillon managed to win his first race earlier in the year at Charlotte, Busch “wasn’t surprised at all.”

In a post-race interview Busch was asked if he were surprised Austin could stretch it on fuel, to which he responded, “I’m not surprised about anything, congratulations.”

First of all it’s important to note that Busch dropped the microphone rather hastily after answering the question. Secondly did anyone else notice him picking his nose? Glad we weren’t the only ones that caught that.

“First of all love the nose pick, digging for gold” Cassill said. “And if there’s one thing that triggers Kyle more than losing, it’s losing to someone he thinks shouldn’t have won.”

“I think if he would’ve lost to one of his teammates or Jimmie Johnson or something in that scenario,” added Cassill. “But since Austin hadn’t had a win, you’ll know that Kyle will forever believe that Austin doesn’t deserve to win because he’s never won before.”

“I love that he acts that way,” Dibenedetto said. “It’s so good for the sport.”

“I actually like Kyle,” Dibenedetto added. “So I thought it was awesome.

RELATED: Landon and Matt take a look back at the chaos of the pit road ambulance

If there’s one thing that Busch has made clear, it’s that he’ll speak his mind. Whether he’s right or wrong, it’s just Kyle being Kyle