If you ever wanted to steal Jeremy Clarkson’s job, now is your chance 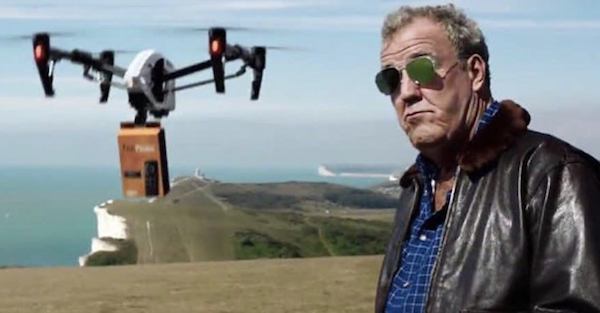 Have you ever fantasized about meeting The Grand Tour host Jeremy Clarkson? Well if so, how about the next best thing, taking his job. Amazon posted a temporary job listing after Clarkson had been hit hard with pneumonia, and it’s hilarious.

Here’s their description for the job:

Amazon Prime Video is seeking a host for an original TV series to be seen around the world.

Currently, this is a temporary position to cover an absence due to pneumonia.

The successful applicant will join a long-established team of variously sized co-hosts and possess a strong knowledge of cars, metaphors and progressive rock music.

This host will have a proven track record in effectively dealing with colleagues that they find annoying and being lost in unknown locations. They must be entertaining, engaging and willing to pause before delivering the final word or words of some sentences.

Please note: Preference will be given to especially tall candidates with curly hair.

· This role will work closely with the existing hosts, with duties including (but not limited to) accidentally setting things on fire, handling heavy machinery (badly) and being able to bloody-mindedly argue a point that no one will ever agree.
· Driving the world?s fastest and most exciting cars while talking to camera. Ability to do this without crashing would be considered an advantage, but not essential (apparently).

In short, if your dna doesn’t exactly match Jeremy Clarkson’s you may not get the job. Clarkson is recovering well, so it’s likely that this opening won’t last long. Your time to strike is now. Good luck!

Related: A Grand Tour host will be out a long time as he battles a serious illness