Welcome to Hell, a show that features cars for your final ride 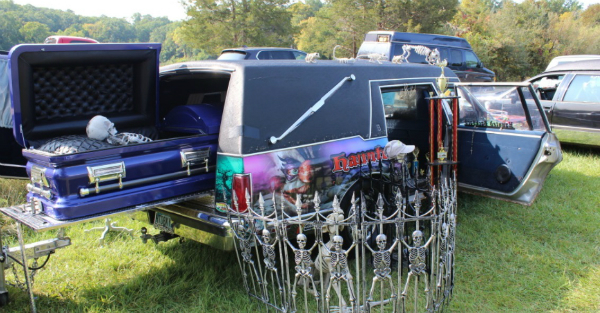 Typically a park full of hearses is a place you’d try to avoid, but one day out of the year it just might be the exact opposite.

A small town in Michigan called Hell is home to the Hell’s Hearse Fest. The town which is located about an hour west of Detroit, celebrated its 16th annual rendition of the festival earlier this year, according to autoblog.com.

Welcome to Hell … Michigan for the 2017 Hearse Fest: https://t.co/1dYXWvmLA4 pic.twitter.com/ZeHdIlPdws

RELATED: Radwood is the nostalgic car show of your dreams

The annual festival has evolved to be much more than a gathering of cars that were at one point in time in service as hearses or ambulances. It’s turned into a full blown event, with people dressing in costume, peddling goods at street-side booths, and cooking food in converted casket/grills.

It has become an event that people look forward to every year, so much so that two couples were married there in September. If you’re into cool cars and creepy things in general, then this might be the coolest festival around.

So remember, next time someone tells you to got to Hell, it might not be such a bad thing.