Dale Earnhardt Jr. has his own list of current drivers he roots for 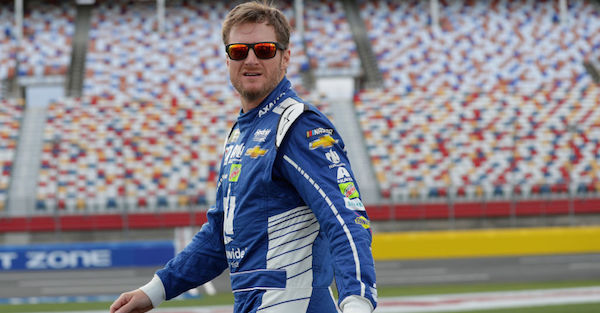 The 2017 season will be Dale Earnhardt Jr.’s last in NASCAR, and he is already preparing for life after racing.

In case fans of Junior are having difficulty deciding who to root for after he retires, he listed his personal 10 drivers he’ll pull for in 2018.

Junior said if fans like to see their favorite driver make national appearances and have a social media presence, then Blaney is their guy. He said Dillon is a “bit of a goofball,” and also drives the No. 3 car.

Earnhardt Jr. expects Elliott’s popularity to increase, and he said Jones has “raw speed.” He said Kyle Larson is dominating the field right now, and that would be his personal choice for which driver to pull for in the future.

Junior said Stenhouse Jr. is a “hard racer,” and he expects him to be around for some time. He said Daniel Suarez is a personal friend and very nice.

Perhaps the most surprising name on the list is Jimmie Johnson. Earnhardt Jr. said while most of the names on the list are young guys, some fans might want to pull for another veteran. And he said Johnson would be one of the best racers to be a fan of in the immediate future.

The inclusion of Kyle Busch is also a bit surprising, but Junior said he’s the guy if you want someone who will cause some controversy.

Finally, the last name on the top-10 list is Martin Truex Jr., who currently leads the point standings.

The dark horse name on the list was Chris Buescher.

The list included several names of young, promising drivers, and it also had a few experienced veterans. While Earnhardt Jr. fans will be sad to see him go, they can at least find a new, young driver for the future.