Here’s Why No One Bought the Chevy SS 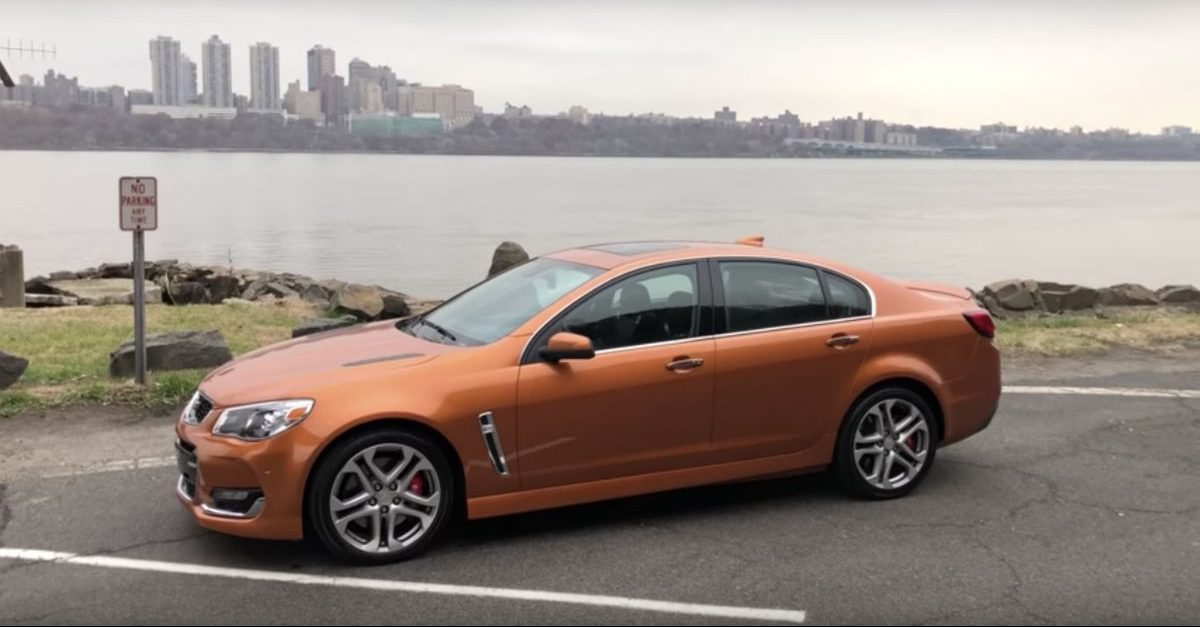 Call it bad timing. Call it lack of support. Call it whatever you want. But, the Chevrolet SS deserved more love than it got.

If you don’t recall the SS, that’s part of the problem. It didn’t stand out. Certainly not like its cousin the Camaro. Or the Dodge Charger. Or the Challenger. Or the Corvette. Or the Mustang. Or really any of the other muscle sports cars out there. Don’t be fooled, says automotive journalist Doug DeMuro. The Chevy SS was every bit of a muscle car, but never got the street cred.

Why the Chevrolet SS Never Panned Out

DeMuro posted a great video on YouTube looking at the SS bumper to bumper, trying to figure out why this car lasted only four years. Partially it has to do with GM’s mentality towards it. Product chief Mark Reuss told Jalopnik back in 2014 that it was never meant to be a mass-produced car and they weren’t sure how to market it. That helps explains the short shelf life and why just over 12,000 were manufactured.

Read More: Shopping Around for a New Car? Consider These Motor Trend Finalists, Including the 2019 Chevy Silverado

The car itself was pretty awesome for a four-door sedan. The styling was a bit so-so, but it came loaded with just about every high-end luxury feature you would want in a car priced below a Mercedes, BMW, or Ferrari. Body style aside, the SS sedan boasted automatic transmission and a 415hp 6.2-liter V8 engine with rear-wheel drive, and had some serious acceleration. It came standard with three driving modes: tour, sport, and performance — which not only changed the engine performance, but the suspension as well. DeMuro points out there was a little known hidden fourth driving mode.

“If you push the traction control off button twice, it brings you into a little secret mode that appears in the gauge cluster information screen,” he says. “It’s called competitive mode, turning off traction control and stability control.”

For all its great performance pluses, there were quirks that were indicative of the Holden Commodore, a car manufactured in Australia by the now-closed Holden manufacturing (yes, Chevy had the car made down there and shipped up here). Some of the display items on the digital display use odd terms and symbols that Americans would find, uh, unique. To scroll through the infotainment screen, you need to toggle and turn control buttons on the turn-signal arm. The back seat is roomy, but in order to use the middle cupholders, you need to pull down the trunk pass-through, leaving the back seat passengers open to whatever is in the trunk.

Maybe the biggest downfall DeMuro finds, besides the pitiful marketing muscle put forward by Chevy, was the $50,000 sticker. There was only one model, the one with all the bells and whistles. Whether you wanted them or not, you were going to pay for them. DeMuro says Chevy should have made a base model starting in the mid $30,000s, but probably didn’t, because a $35,000 Australian-made car wasn’t profitable.

Read More: Move Over, Boys. This Girl Gets Her Six-Speed Manual Transmission Nissan 240 to a New Personal Best