One car manufacturer is once again dominating a Cup series race 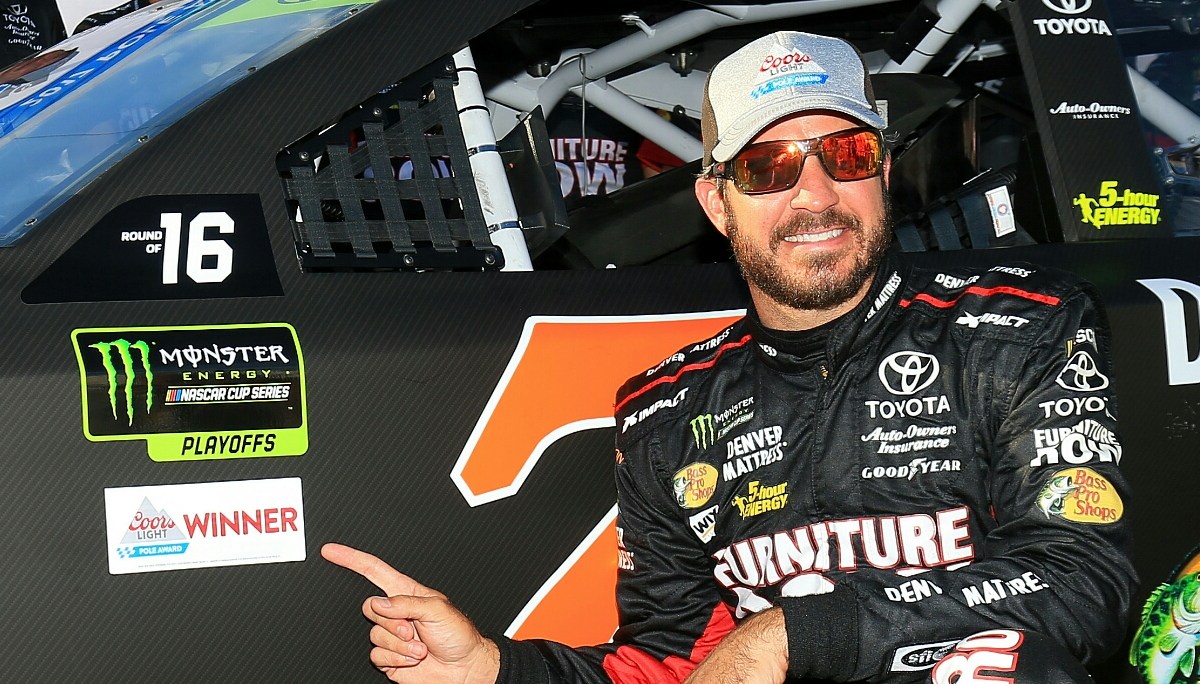 NASCAR driver Brad Keselowski has been critical of what he sees as favoritism towards Toyota Racing by NASCAR. Sunday’s starting field in Dover will do little to quell that.

Martin Truex won the pole for the Apache Warrior 400 with a speed of 160.664. That Truex got the pole is no surprise, reports Sporting News.com. He’s had a dominate season and no one expected any less in the playoffs.

“It’s awesome,” Truex told NBCSN. “I just had to put it all together. My timing was off a little the first two rounds. ? I still thought I could have done a better job driving.”

It’s the second pole this season for Truex. And he’ll be joined by some friendly faces. 5 of the top 6 spots lining up Sunday drive Toyotas. That’s making a statement. In order, here are the top 6:

Keselowski has complained, rather vocally, that he feels NASCAR has played favorites.

?At the start of the year we were at the top of the cycle. And at this moment, we are not where we need to be,” Keselowski said during qualifying at Chicago a few weeks back. “With respect to that, we were at the top and it seemed like there were a lot of rules changes to slow us down and now you have cars that are so much faster than the field and the complete inaction by anybody.?

The complaints caused a twitter feud between Keselowski and Kyle Busch.

The spat pulled in other drivers and teams, each with an opinion. Roger Penske, who Keselowski drives for, distanced himself from his driver’s comments.

?Look, I?m not on Twitter,? he told a couple reporters when asked about the situation. ?I don?t regard that the way I run my business, and Brad has his own thoughts that are probably not the feeling of the team at this point.?

Regardless of the feeling, no denying that Toyotas are running strong at the right time and poised to make a big showing come Sunday.