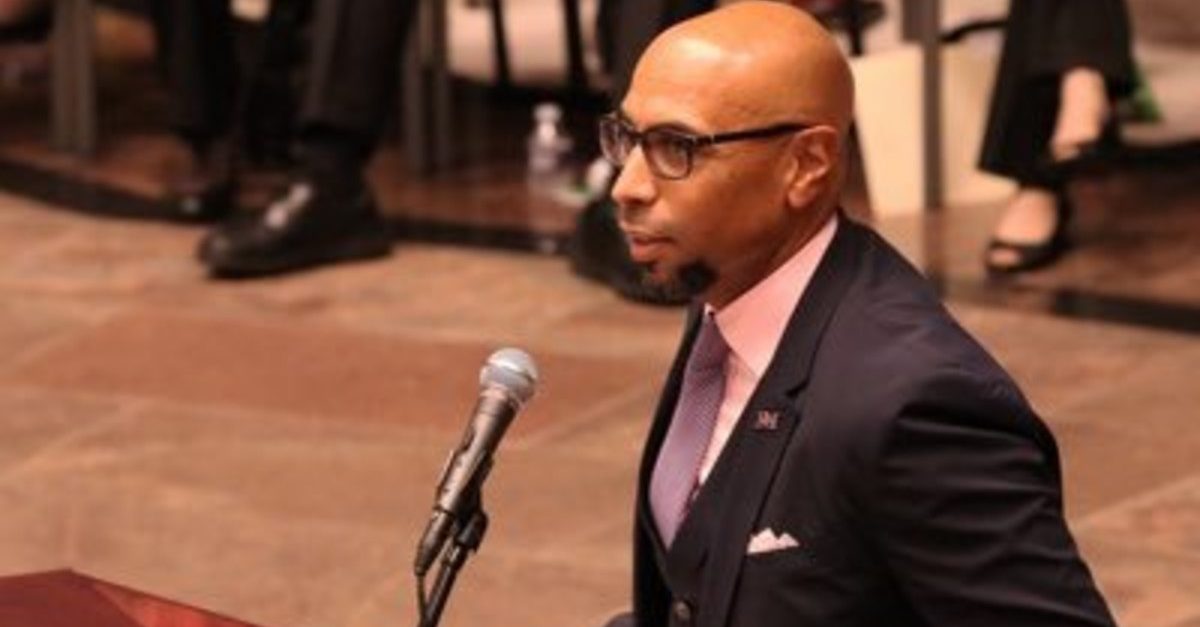 DOVER, Del. (AP) ? Erik Moses has been named president of Nashville Superspeedway, the first Black man to hold that title at any NASCAR track.

Moses most recently served as president of the XFL?s DC Defenders and now leads the charge of the scheduled Nashville reboot in 2021. The 1.33-mile concrete track was built in 2001 by Dover Motorsports and hosted NASCAR and IndyCar events until 2011.

Dover announced the hire before Saturday?s Cup race at the Monster Mile.

?Our partnership with NASCAR is for them to put on the race and bring the circus to town,? Moses said. ?Our job is to make certain that the big top is ready. Make certain that everybody in and around middle Tennessee and the rest of that area understands we?re going to have a Cup Series race and they can look forward to the type of experience that NASCAR fans expect and deserve.?

Moses said he was welcomed to the industry this week by NASCAR President Steve Phelps and takes control in a year where the series has been swept up in the reckoning of the nation?s racial issues.

?Any time that you have the distinction of being the first at anything professionally, it is a humbling kind of honor,? Moses told The Associated Press. ?That said, I?m not naive enough to believe that I?m the first person of color qualified enough to run a NASCAR track. I am thankful (to Dover) for their confidence in my experience and ability to lead that effort. I?m also thankful to the folks at NASCAR for their confidence in me, as well. I?m going to focus on the job. I got hired to do a job, not because of what color I am.?

Moses championed the Washington sports scene for most of his career, and supervised the completion and grand opening of Nationals Park. He helped develop and host two annual college football games in the Military Bowl, the first NCAA-sanctioned bowl game in the nation?s capital, and the AT&T Nation?s Football Classic. The XFL had eight franchises and played five games out of a planned 10-game schedule before canceling the remainder of its season in March because of the COVID-19 pandemic.

?We are very excited and fortunate to hire an outstanding leader and executive such as Erik, who has tremendous experience in all areas of sports, events and live entertainment,? said Dover Motorsports CEO Mike Tatoian. ?Erik?s addition to our company and the outstanding reputation he has in the industry punctuates our commitment to revitalizing Nashville Superspeedway and serving the Middle Tennessee community.?

Dover has been a NASCAR home since 1969 and the site of two race weekends each year since 1971. There was little appetite among race fans for two NASCAR weekends at Dover International Speedway ? noted by the seating capacity of roughly 135,000 seats in 2001 stripped to about 55,000 this season ? which cushioned the blow of moving the race to Nashville. The company said it would pump $8 million to $10 million into the track for capital improvements and does not plan to add permanent seating beyond the 25,000 capacity currently at track.

?We are engaged with our colleagues from NASCAR and some other groups to help us modernize the track for NASCAR fans and to make certain that the venue and facility that we invite our fans into for that Cup race and for other events is going to be commensurate with their expectations,? Moses said. ?I know there?s a lot of work to do. Facilities, upkeep, maintenance, revitalization is something I?ve done a lot of with the DC Sports and Entertainment Commission.?