Who gets first crack at testing the Bugatti Chiron 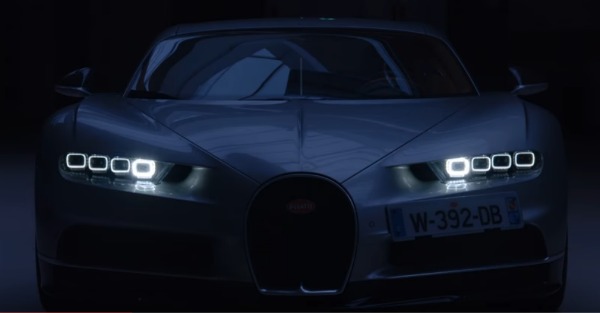 Since setting the speed record for a production car in 2005 with a Veyron, and again in 2010 with a Veyron Super Sport, Bugatti has been synonymous with speed records. The ultimate status symbol of the filthy rich, Bugatti can’t afford to sit back and risk becoming old news.

So they didn’t. The Chiron, named after a Centaur, aims to shatter its older brother, the Veyron Super Sport’s 268 mph record. To do so, Bugatti gave it 1,500 horsepower W-16 engine and used two million miles of carbon fiber in the chassis. It can empty its 22 gallon tank in nine minutes. It required specially developed Michelin tires that had to be tested on rigs designed for jets. It will get to 60 mph in under 2.5 seconds. In summary, this car is the pinnacle of insanity.

Amazon’s “The Grand Tour” gets to test it first, and maybe they can reveal the secret that is the Chiron’s top speed.

Related: You’ll Want To Ride Shotgun In A Chiron After This