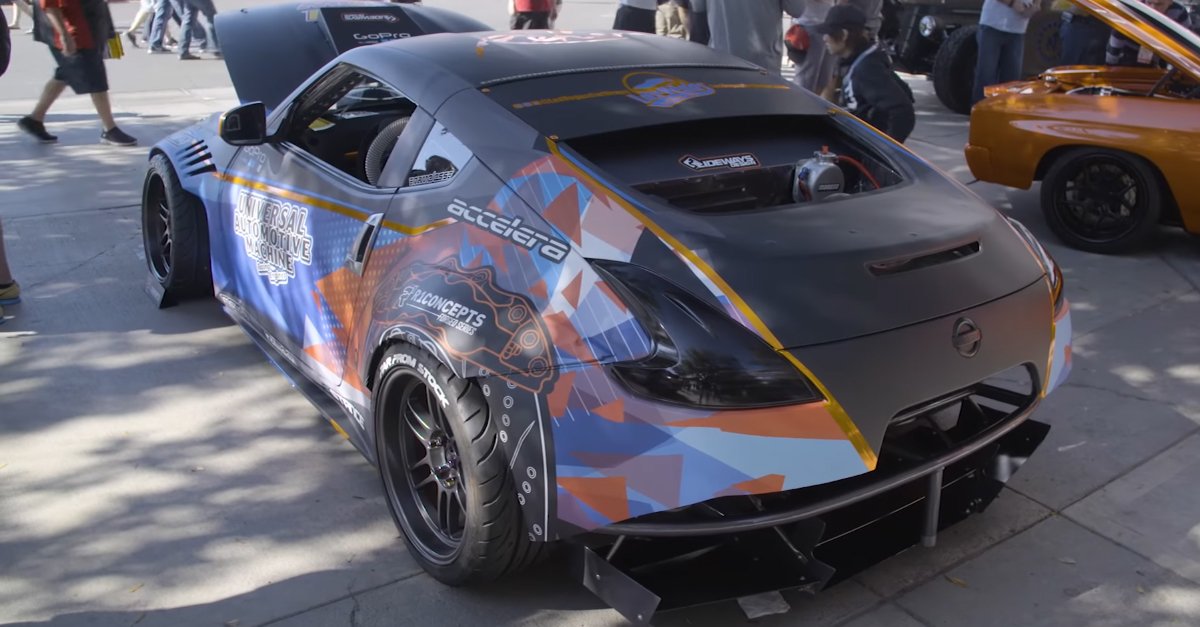 SEMA 2016 is a hotbed for ridiculously cool automobiles, but one Nissan has already stolen the crown of “Best Drift Car” at the event. George’s Nissan 370Z used to be a regular 2013 NISMO 370Z, as if there’s anything regular about that car, but with the replacement of the stock motor to a Ford NASCAR-spec V8, it has become something else entirely. While it still needs a few modifications to the headers, once those are in place, George says the motor will be pushing 850 horsepower, meaning this beast won’t just go sideways, it might flip over if you’re not careful!