Everything about this truck will infuriate you, and the owner loves it that way 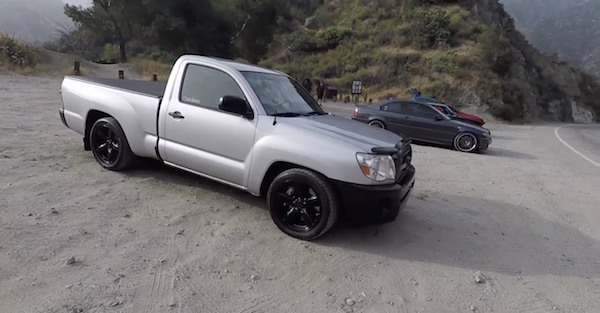 Well here’s proof that Matt Farah has no issue telling someone exactly what he thinks right to their face. For instance, this video is eight minutes of Farah most talking dirt on sport trucks, which he’s not a huge fan of in case you were wondering.

Dishing aside, Farah was impressed with the quality of Ozzie Perez’s 2011 four-cylinder, supercharged Tacoma, saying that he’d have believed Perez if he told him the car was only sporting 25,000 miles, which super impressive considering it’s actually logged over 200,000.

The truck has a Rotrex supercharger, upgraded header and exhaust, and Bilstein sport suspension. The whole thing is crammed into the four-cylinder engine box, and it hasn’t even cost the Tacoma all of its work capability. Good job, Ozzie.

Related: The upcoming Ford Ranger will have unexpected competition in the booming small truck market