This reincarnated Evo scares even the most experienced drivers 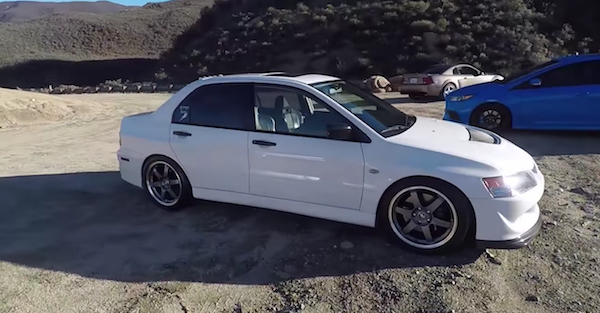 Ozzie Perez may have the cleanest Evo in America. At least he does in California. With 650 WHP and 547 lb-ft of torque, this 2005 Mitsubishi Lancer Evo has enough get up and go to make even Matt Farah squeamish in his seat.

Dubbed Project MJ, the innards of the car started life inside Perez’s old TB Evo 8. But a four-wheel drift in 2011 cut that car’s life tragically short. What could be saved was crammed inside Perez’s new project, and the result is a car that seems to want to throw itself out of control at all times. James Dean’s “Little Bastard” called, it wants the curse back.

The little Evo weighs in at 3,025 lbs and sports a 2.5 liter 4-cylinder engine with a turbo. It’s safe to say it’s a monster on the track.

Project MJ might make sense for the vehicle’s transition, but I’m going to vote that Project Ferrigno might be a better name for the finished product.