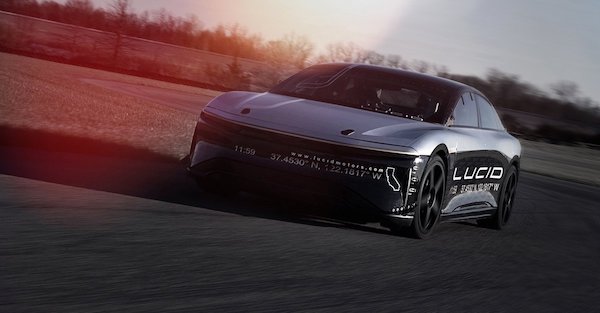 Total speed-freaks and environmentalist darlings Lucid have moved on from insane snow drifting to insane speeds with their speed car prototype for the Air. And, oh boy, it is quick!

The folks over at Lucid ran a test on a 7.3 mile track in Ohio, with the Air limited to 217 mph. Apparently that is just the beginning too, because they said they’d be using the data from this run to test the car at even higher speeds!

Lucid’s CTO is Peter Rawlinson, chief engineer for the Tesla Model S, and his team is positioning themselves to be Elon Musk’s chief rival. Of course, the only way to settle this fight will be a battle-royal race to the death on the Nürburgring, but until then, I’m pretty sold on team Lucid.